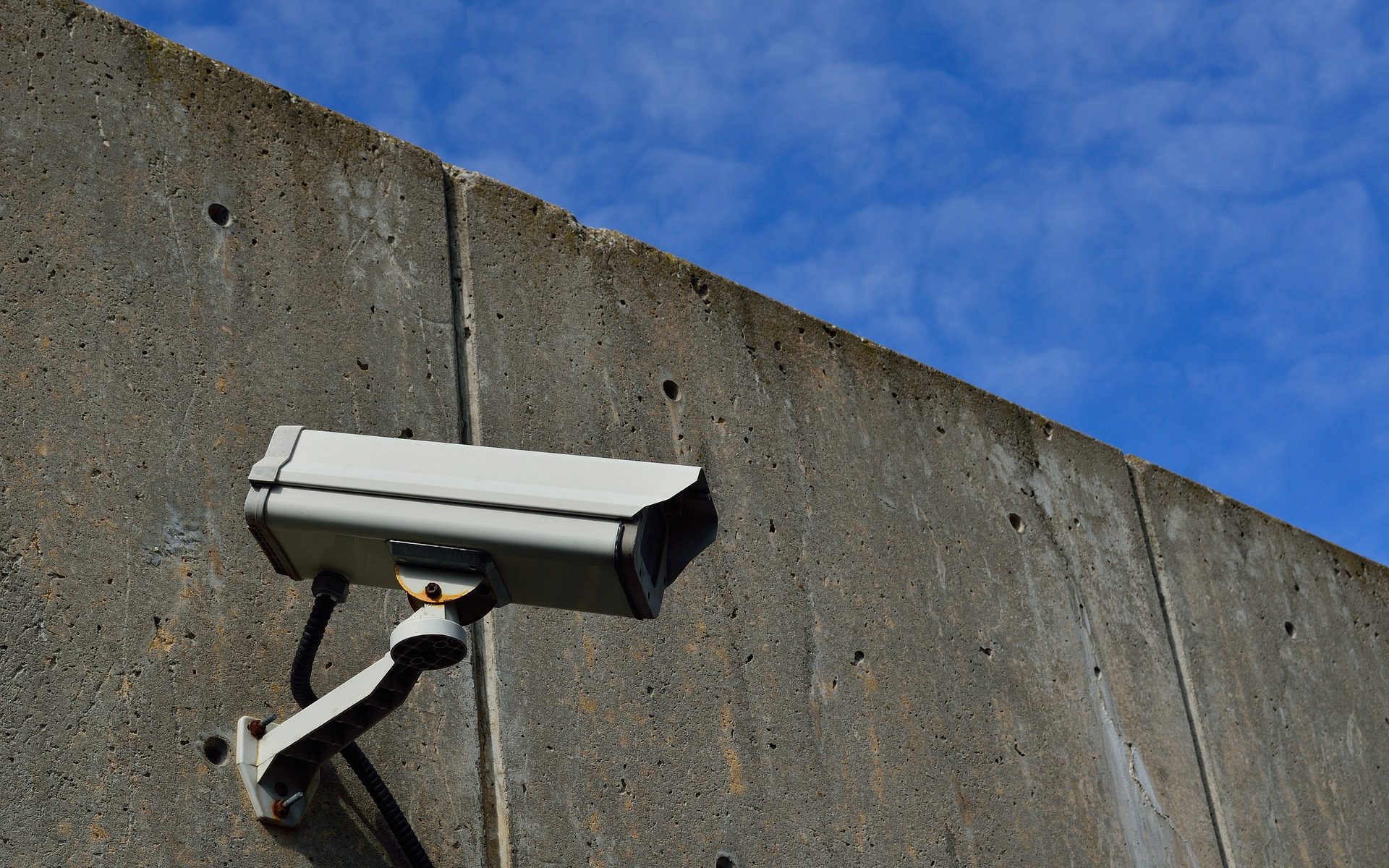 So, let’s get down to it. The mainstream legacy media and progressive leadership use the terms “fascism” or “fascist” to describe any person or policy idea that they don’t like and that they view as even slightly right of center (as they define center, which is usually far to the left of actual center). Oh, and “Nazi” and “Nazism”, but not as much. They labor under the illusion that “fascist” means right-wing or far-right (as they like to say) and that “socialist” is left. But that’s, shall we say, less than accurate.

Briefly, socialism and communism are the brainchildren of Rousseau, Friedrich Engels, and Karl Marx (the most well-known names to the general public). Marx was the one to more fully flesh out what he hoped and expected would be the outcome of the Industrial Revolution. He posited that capitalism would evolve into socialism, the state ownership of all means of production. Socialism was the penultimate step on the road to communism, state ownership of all property (means of production and housing, all business, etc.). Fascism wasn’t even a thing at that point (mid- to late 19th century).

Lenin, in his tweaking of Marx (he had to take an ideology created for an industrial economy and force an agriculturally based economic system into it) announced that any system that didn’t follow his prescriptions was, by definition, right-wing. And the useful idiots (Lenin’s term) among Western intellectuals followed along. See what he did there? Lenin defined those objecting to him before they could define themselves and thus was able to frame all discussions in terms of “we’re the good guys, they’re the bad guys” and “we’re the majority (bolshevik means majority) and they’re the minority (menshevik means minority)” even though numerically and in terms of support, the Bolsheviks were the minority. Stalin continued with this tactic, defining the Nazis as “right-wing” (after they broke the Molotov-Ribbentrop pact) even though the underlying philosophies are the same (just like the Nazis had a superior race and tried to breed for it and eliminate all others, the Soviets did the same with “homo Sovieticus” the perfect Soviet human). Additionally, the Nazi command learned how to build and run their concentration and forced-labor camps from the Soviets.

Fascism didn’t really come into play as a functioning ideology until Giovanni Gentile and Benito Mussolini, defined it as the state as an organic being, controlling everything. “Everything in the state, nothing against the state, nothing outside the state” became the definition of a totalitarian state (total control over the economy, society, and culture). Where Marx envisioned the “withering away” of the state (totally skipping over human nature and the drive for power and control, whether over other people or just your own life), Mussolini and Gentile envisioned the state as the sole arbiter of life, the universe, and everything.

Progressives, modern communists, and the American left like to see themselves as benevolent rulers who will always put the needs of society in general ahead of their own, and the needs of the group against the needs of the few. And here’s where they enjoy entertaining the conceit that anybody who doesn’t view politics that way is a right-wing fascist with totalitarian goals. Because how can they be wrong when they’re so sincere? Clearly, these are the best people with the best ideas. Opposing those people and ideas clearly shows that you are a self-centered, uncaring, knuckle-dragging troglodyte who deserves all the harm the state and society can deliver.

Except that every commune tried has failed, often tragically, usually quickly, in the face of the organizers’ attempt at total conformity and control of needs, wants, and desires of commune members. People, humans, mostly have the same goals, but differ, sometimes dramatically, in the means for achieving those goals. And that’s where things break down. Total control of humans by an external entity run and overseen by other humans (or even aliens for that matter) does not work. Those who wish to impose such controls on society are totalitarians at heart. Yes, they are. Demanding conformity to one’s own made-up rules and regulations is controlling and in a political system, it’s totalitarian. It becomes Calvinball on a national scale.

So, back to Meloni and her supposed fascist policy goals. I’ve listened to and read a few of her speeches. She’s arguing for border controls instead of open immigration. As well she should. Italy is one of the poorer countries in the EU and it is drowning (no pun intended) in migrants from Albania and north Africa. The EU, with its Dublin II agreement, is supposed to be helping the member states on its edges with money and infrastructure for migrants. The EU is also supposed to work to move those migrants into the other 26 EU countries. Guess what? That part of the plan isn’t really working. Those countries away from the borders of the EU are less than willing to take in migrants, preferring to keep them in the border states (sound like any situation in the U.S.? Hmmmm).

In reality, the EU tends to let Italy, Greece, Romania, Hungary, Poland, Bulgaria, and Ireland flounder around until they get desperate and start enacting their own policies (see Hungary) or screaming loudly and publicly for money (Greece). Meloni, as all heads of government do, wants what she views as best for the citizens of Italy. Those who pay into the social welfare system (which is NOT socialism, btw), rather than those who solely take out of the social welfare system. Before anybody gets their knickers all knotted up, no, I am most emphatically NOT saying that migrants are lazy and don’t work. Most do. But, when they first arrive, none of them do. At arrival and, due to logistics, for the next few years all of them are drains on the system, and with a continual flow of immigrants, that drain never ends.

So, Meloni wants to control the flood of immigrants into Italy, she wants the other EU states to live up to their end of the treaty. She wants to remove a number of EU regulations from the Italian economy, the exact opposite of fascist policy. She wants to support nuclear families, again the opposite of fascist policies which require the state to oversee the raising of children (again, you whingers, we are not talking about allowing child abuse. Sheesh. Start using your critical thinking skills, ffs.) She really isn’t proposing anything that most people don’t support… the ability to make one’s own decisions without a great deal of interference from the state.

The fact that YouTube has removed video of her 2017 speech should be a HUGE red flag to anybody paying attention that what she’s saying goes against the progressive/left agenda. Why don’t YouTube and its overlords want anybody to listen to her speech? Controlling public dialogue is totalitarian. Controlling what information gets to the public is totalitarian. If you truly think that YouTube is not removing videos at the behest of political leaders, you need to rethink things. YouTube, FB, Google, etc. are not the objective platforms they pretend to be. The last three to four years have proven that. They have all appointed themselves as gatekeepers of information… a very totalitarian move.

Meloni is not a fascist. She’s a small government conservative with strong family values. She wants Italian citizens to determine the direction and fate of Italy, not Brussels bureaucrats or immigrants from elsewhere (until and unless those immigrants become citizens).

The other argument that’s been attempted against Meloni is that her party, Fratelli d’Italia, has historical roots in fascism, and therefore, she is, by extension fascist. Because we all know that parties never change from their original roots.

Huh. Really? How does that idea reflect on Democrats, then? The party that created the Ku Klux Klan as the paramilitary arm of the Democrat Party? The party whose senators filibustered the 1964 Civil Rights Act? The party that lauded the late senator Robert Byrd (D-WV), who got his start in politics by creating and organizing a chapter of the KKK and then rose to Grand Wizard in that organization, as a beloved party leader and elder statesman? Might want to think about that before you go casting accusatory stones at Meloni and Fratelli d’Italia.

Think about how the Democrat party treats blacks and Hispanics who have the nerve to disagree with the Democrat agenda or who actually think that religion matters? Go look up what Democrat leaders have said about Tim Scott (R-SC), or Candace Owens (disagree with her policies, yes, but the name-calling is insanely derogatory and insulting), Herschel Walker (R- running in GA), or any black or Hispanic Republican politician. I could go on and on.

That totalitarian mindset of “you are either with us completely or we will unperson you” is at the core of the progressive/left agenda in the U.S. today. Just pay attention to the whiplash effect you get from watching the news on a regular basis. Today’s hero is tomorrow’s heretic.

Who are the fascists again?

Remember, our mainstream legacy media wouldn’t know an actual fascist if they walked up and introduced themselves.

As always… go read things they don’t want you reading. Listen to videos they try to take offline. Think for yourself.