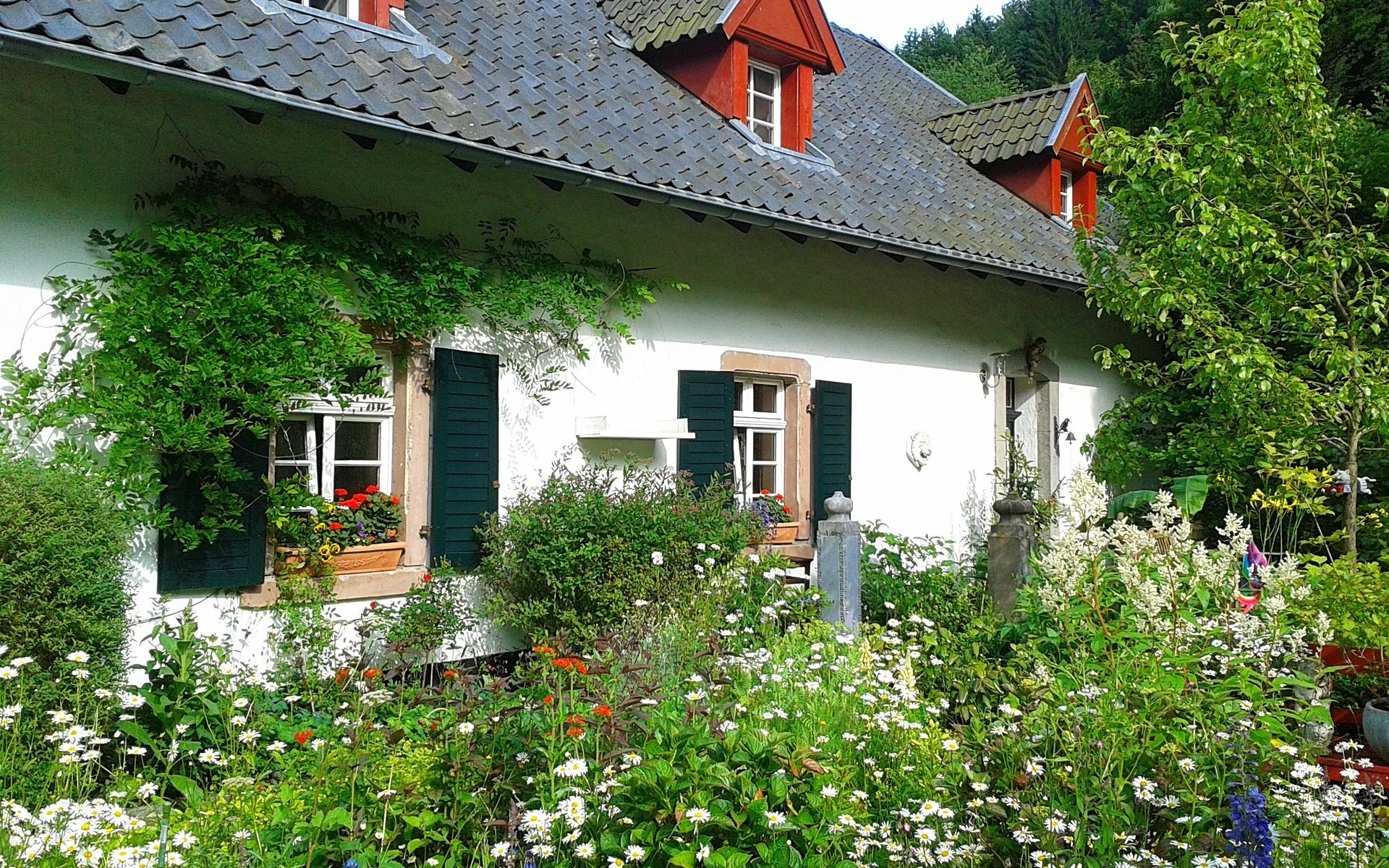 Sophia glanced around the cottage and sighed. The shrouded furniture gave the room a haunted, waiting feel. And the dust bunnies were taking over. Wait. Did that one move? She rubbed her face.

“Yep. The annual autumn clean is baaaa-aack,” she muttered, memories of spring and autumn cleanings playing out in her head.

“What did you say?” Mickey asked from the other room.

“Nothing. Let’s just get this placed cleaned up. The realtor is coming by tomorrow to look at it and take pictures for the online listing. I really want to get this place sold,” Sophia answered.

“Why the hurry? I thought you liked this place.” Mickey peered into the main room from the master bedroom. A cobweb hung from his shoulder and there were lines of dust streaking his dark blue sweatshirt.

“I do… I did… but I don’t think I can take the memories,” Sophia told him, wiping her hands down her own sweatshirt, leaving smears of dirt and dust behind.

The cottage had been the center of her childhood summers. Built by her mother’s father, her grandparents had retired here, and her parents had brought Sophia and her brothers and sisters here every summer. The two months with Opa and Oma had been magical. Some small, long-forgotten corner of her brain reminded her that those summers really were magical. As in actual magic. She pushed that thought aside. Oma and Opa always told the kids fairy tales at night, but as everybody got older, they knew the stories were just that – stories. When they explained that to Oma, she just smiled and patted their heads.

Mickey smiled, his eyes full of sympathy. “Yeah, I get it. But still… there’s something about this place that’s just…” He paused.

“Well, it just feels like home. Comfortable… you know? I mean, I feel like the house needs somebody to live in it,” Mickey said, a wistful expression on his face.

“Well, it’ll get somebody to live in it, once I sell it,” Sophia said, refraining from rolling her eyes at her husband.

Mickey sighed. “That’s not really what I meant, but never mind.” He turned away to move back into the bedroom and then turned back. “Are you absolutely set on selling it?”

Sophia looked at him. What had come over him? Mickey was not one for spur of the moment decisions. That was her job in this marriage. Mickey was the one who did all the appropriate research, checked out reviews, and asked friends before he bought anything. But especially before buying or taking on something as big as a house.

She tilted her head to one side and decided to approach the question obliquely. “You know we’re at least ten miles from the nearest coffee place and brew pub. You can’t just walk down the street for a cup of coffee out here. Then there’s cutting wood for the stove, dealing with winter, all of that.”

Mickey laughed. “Yeah, I know. But still… I really like this place. I wish I could have seen it when your grandparents were still living here. Like I said, it just feels comfortable and feels like it’s waiting for us to move in. Besides, I kinda like the idea of getting out of the city. I know you said your parents put in Wi-Fi and central heat… and we’re both working remotely now, so…” he trailed off, the wistful look returning to his face.

Sophia stared at her husband through slitted eyes. Did he really want to move here? Give up the vibrant, busy city life they’d built over the last several years? The life that, if she was honest with herself, was starting to wear on her. But it seemed like Mickey thrived on it and was happy, so she didn’t really want to say anything.

“Did you feel that?” Mickey asked, his eyes round.

“Yeah, I did. That used to happen when we first got here in the summers. I always liked to say the house was happy to see us,” Sophia said, smiling.

The house shifted again, and Sophia glanced around with wide eyes. The comments that Oma used to make… “Oh, this house definitely has a personality Sophie,” or after painting the outside, “Yes, I think the house is much happier now,” all came rushing back. Had Oma been right? Did the house have personality? The part of her brain that insisted there was real magic here perked back up again.

“I didn’t think that was real,” she murmured.

“Didn’t think what was real?” Mickey asked, standing in the middle of the main room. “Did the house sigh again?”

“I think it did. Oma and Opa used to talk about it like it was a living thing. But I always thought they just did that because the stories entertained us kids…” Sophia told him.

Now it was Mickey’s turn to stare. “The house is alive?” he exclaimed.

“Well, not alive alive, but aware… yeah. I think it might be.” Sophia spoke quietly. She put her hand out and patted the wall nearest to her. The house shifted once again. Sophia turned to Mickey.

“Maybe we should consider moving here.”

Mickey stared around, smiling. He turned to Sophia and nodded vigorously. “Yes. Yes, we should. Hi, house.”

The house sighed yet again and a feeling of contentment and happiness flooded through Sophia.

Once again, my prompt challenge came from AC Young: The annual autumn clean was back. My challenge went to ‘nother Mike: The blueprints of the house didn’t show the room behind the fireplace. Mosey on over to More Odds Than Ends to see what he came up with. If you’d like to join in the fun, pick up a spare and have at! Or send in a prompt and receive one in turn. Push those creative brain cells!