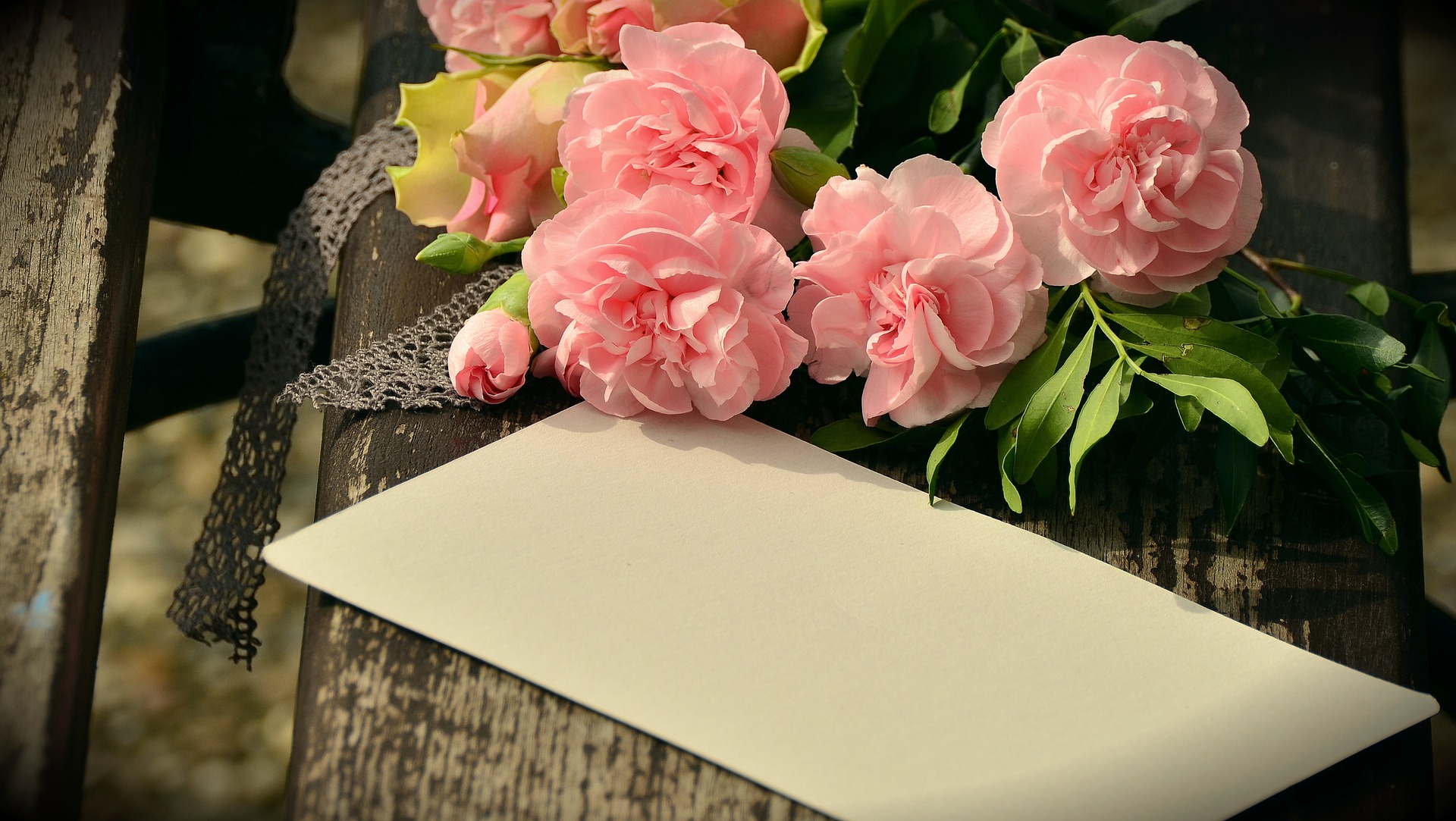 “What’s that?” Abbie asked Lina as they walked arm-in-arm into the kitchen.

Lina’s eyes tracked up, following Abbie’s pointing finger. On the wall above the arched entrance to the kitchen, were the words

Let all who enter under this arch rejoice!

Done in black in a fanciful swirling calligraphy, the phrase gave an aura of blessing to the kitchen door.

“You know… I never saw that before,” Lina said, gazing up at the wall. “When did she do that?” She turned around and stared at the paper roses in the front window. “That writing looks a lot like what’s on those flowers. And you said you knew what that was about… Abbie, what’s going on?” Lina turned back to her friend, gnawing on her lower lip.

Abbie was also staring up at the proclamation written on the wall. “Yeah, about that,” she muttered, gazing in her turn at the paper roses. She pulled on Lina’s arm and guided her into the kitchen.

Lina shook her head. It surprised her that she didn’t feel nervous or worried, just very curious. Abbie was acting a little mysterious, but she did that from time to time, Lina knew, to add some excitement to things. But this time it didn’t feel like one of Abbie’s usual set-ups.

Lina walked over to the kitchen cabinets, gesturing for Abbie to take a seat at the table. Lina filled and turned on the electric kettle, pulled tea from one cabinet and mugs from another. She grimaced, remembering she’d tossed the cream she’d found that morning in the fridge. Well, no way was it good anyway. She poked her head into the small pantry. Oh, good. There was a small container of honey.

“Well, I don’t have any cream, but I do have honey. Is that okay?” she asked Abbie.

“That’s fine,” Abbie said, gazing distractedly around the kitchen. “Hey, Lina? When was the last time you were here to visit? I mean before your grandma died?”

“Um, I was here for 4th of July… so what maybe three or so months ago? Why? I talked to her every day on the phone, if that’s what you’re getting at.” Lina busied herself with getting tea bags into mugs and then pouring in the hot water. Abbie pushed her chair back and continued to look around the kitchen and back through the door toward the living room.

“No, I know you kept in constant touch. It’s just, well, um, did your grandma ever talk to you about, um, well, uh, magic, uh, or witches, or anything like that?” Abbie was uncharacteristically hesitant, and she didn’t look her in the eyes when Lina turned around. Lina pulled a hand down her face. That was not the response she expected. She grabbed the two mugs and brought them to the table.

Sitting down across from Abbie she took a careful sip of her tea before answering. “She might have mentioned something about magic once or twice, but we never had any deep conversations. It was just random comments on her part. Why are you asking me that?”

“Because between the flowers and the phrase over the kitchen door, I think she’s leaving this house and the powers in it, or that it has, to you. I think you’re a witch, Lina,” Abbie blurted and looked at her expectantly.

Lina shook her head. This was getting to be a bit much. True, she’d felt something like a welcome when she’d walked into the house this morning, but she’d spent most of her life here… this was home. Of course she’d feel welcome here. Lina opened her mouth to answer, then paused. But had there been something else? Had she felt something but brushed it aside? What had Gran said when they’d briefly talked about magic? She couldn’t remember. Lina sighed.

“I don’t know, Abbie. And I’m not sure I want to know…” Lina told her best friend. She turned the mug around in her hands, staring at the moisture ring on the table.

Abbie smiled and reached out, grasping one of Lina’s hands in both of her own.

“Well, I think your grandma might have hidden a couple of things from you. Maybe she should have told you earlier, but I can help you with that.” Abbie paused. “Lina, I’m a witch.”

Lina flinched but didn’t pull her hand out of Abbie’s. For some reason she wasn’t surprised. It seemed to fit, and a number of supposed coincidences suddenly fell into place. Abbie’s cooking skills, the way she always seemed to know exactly what her real estate clients wanted, or anybody else for that matter. Gran seemed to have a lot of the same talents, with the addition of being able to coax seemingly anything to grow in her garden.

She looked up to find Abbie gazing at her with a wide smile. Lina returned the smile with a shaky one of her own and took a deep breath. “Okay. I’m going to act like I’m not completely shocked and ask one, how come you and Gran never told me, two, what does that have to do with the roses and the writing over the door, and three, what do I do now?”

Abbie laughed. “First, I’m not sure. Maybe she was waiting until you guys had some downtime together and that didn’t work out. For your second question, I think she left those there for you as messages. Does the writing on the flowers say anything?”

Lina frowned. “I didn’t see anything, but I had just noticed them when you drove up. You think there’s a message in there?”

Abbie shook her head. “I don’t know, but we can go look. And to answer your last question, what you do now is figure out what kind and how much power you have. Then we can go from there.”

Lina dropped her head into her hands. This was getting to be a bit much. What were her law firm partners going to say? Her head shot up. “Abbie! What about my job? I’m on track to make partner in a few years!”

Abbie held up one hand. “Don’t panic. This town, small as it is, could still use a lawyer – of course it won’t pay as much, but it’s not expensive to live here and you already have a house – and also, couldn’t you work remotely on some cases from your current position?”

Shaking her head, Lina rubbed her hands down her face. Good thing she wasn’t wearing makeup today, she’d probably look like a overly-tired raccoon if she had been.

“So, whaddaya think?” Abbie was grinning at her.

“I think I’m going crazy, but what the hell, let’s see where this goes.” Lina threw her hands in the air.

Lina couldn’t help but laugh. Yep, looked like her life had just taken a radical turn.

This week at More Odds Than Ends I was challenged by AC Young with Let all who enter under this arch rejoice! It made a nice continuation of last week’s prompt (which a couple of people indicated left them hanging). My prompt, The baby dragon rolled around, playing in the waves went to Padre. Head on over to see what everybody did for Week 36 (are we already at 36 weeks??)

One Reply to “There’s More to the Roses”