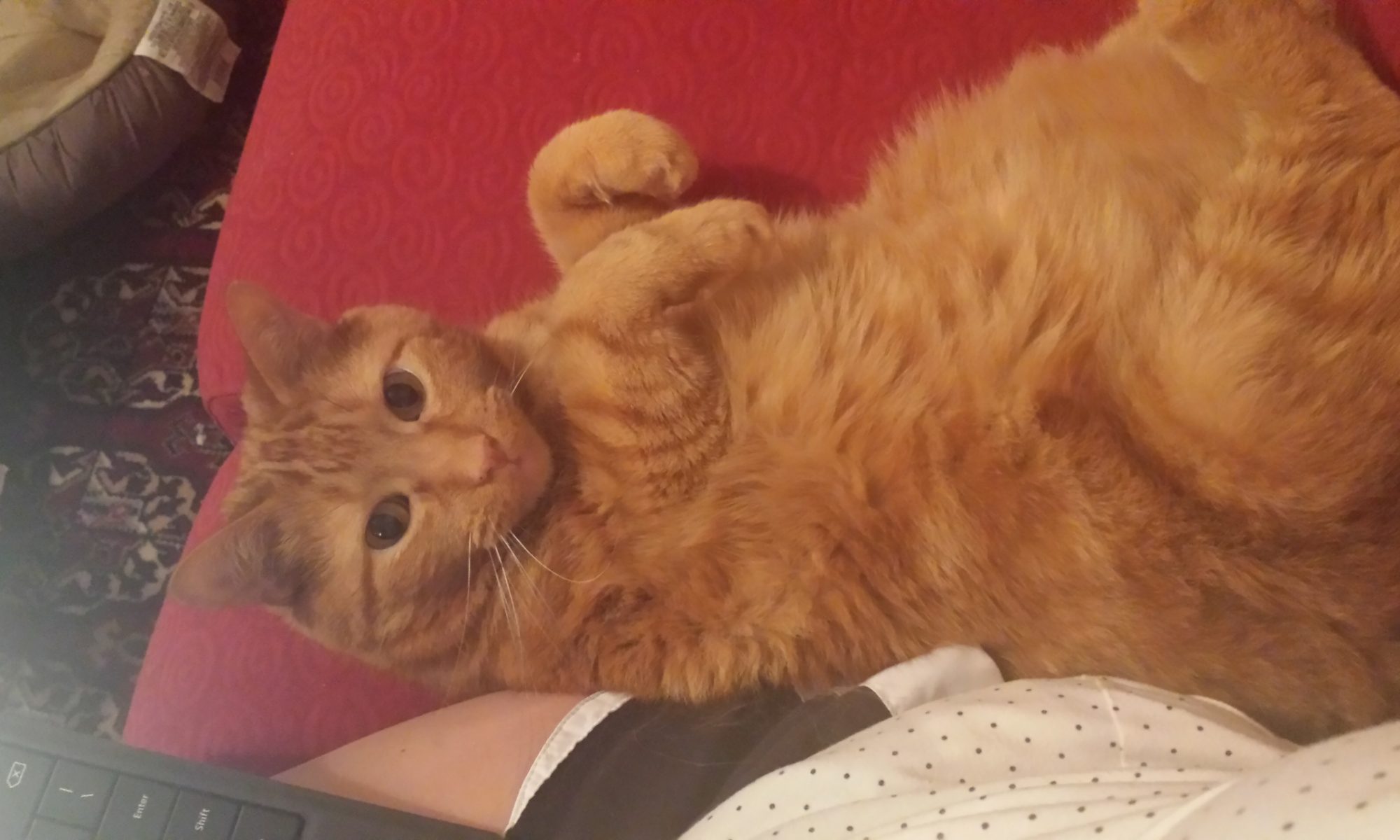 “What the hell is that?”

“Oh, of course. A cat press.” Tulia let the sarcasm shine in her remark.

Issek turned to look at her. “No need to get snarky. It’s a cat press. It makes cats.”

“What do you mean ‘it makes cats’?” Tulia asked.

Issek tried to hide his irritation. It was perfectly straightforward if only Tulia would pay attention to what he’d told her. He sighed and put down his tools. Glancing over he saw that Tulia had her hands on her hips and was glaring at him. Time to turn on the charm and explain things.

“Okay, look. We’re the small animal department, right? So, as you know we’re in charge of creating the small animals and that includes cats. I wanted to make sure that all cats looked like cats, so I made the cat press. It ensures that there are no one-off cats.” He smiled at her. “It makes it a lot faster and the cats all turn out perfect… or should I say ‘purr-fect’?” He snorted at his own joke.

Tulia pinched the bridge of her nose. It was her turn to sigh.

“Issek… that’s great. And I’m really impressed with your ingenuity…” she started.

“But? I hear a ‘but’ coming,” Issek muttered, realizing that he’d once again misunderstood the instructions.

Tulia met his eyes and gave him a genuine smile. “I really do admire your ingenuity. And here’s the but… the Boss doesn’t want all cats to be the same. He wants a wide variety. You know, big, little, super-fuzzy, short-haired, long tails, stubby tails… that sort of thing. And all colors too. Some solid, some mixed. That’s why we were making each one individually.”

“But…” Issek started to object.

Tulia held up a hand. “No, Issek. No ‘buts’. The Boss wants a variety of cats, not identical cats. How many cats have you made with your cat press?”

“I dunno, maybe a couple million. It goes really fast with the press,” Issek mumbled.

Tulia sighed. “Okay. We’ll just make sure they’re scattered around. It’s okay if some of them look alike. People will just think they’re all related. And I guess in a way they are.” She paused. “You’re doing a good job, Issek. Just make sure you pay attention to the instructions from the Boss.” She gave him a pat on the back and headed out of the room.

Two minutes later Tulia was standing in the Boss’s office trying not to laugh as she explained the situation with Issek and his cat press.

The Boss leaned back in his chair, one hand going through his hair. “Thanks for taking care of that. Should I have a talk with Issek?”

“No, sir. I don’t think that’s necessary right now. I’ll keep an eye on him and if he goes back to the press, or starts to make another for some other animal, I’ll let you know.”

“All right. That sounds good. Do you think we’ll have any problems with the cats he did make?” Boss asked.

“Well… a lot of those ginger cats are going to be males. In fact, I think it will be about a three-to-one ratio,” Tulia answered.

Boss laughed. “Eh, I think we can handle that.”

For this week’s More Odds Than Ends prompt challenge, Leigh Kimmel and I traded prompts. Leigh challenged me to define and describe a “cat press” and she got the bird flew straight through the closed window without harm.

Photo is the late, great, much missed Flash, who, while a ginger, was an absolutely non-conforming cat.