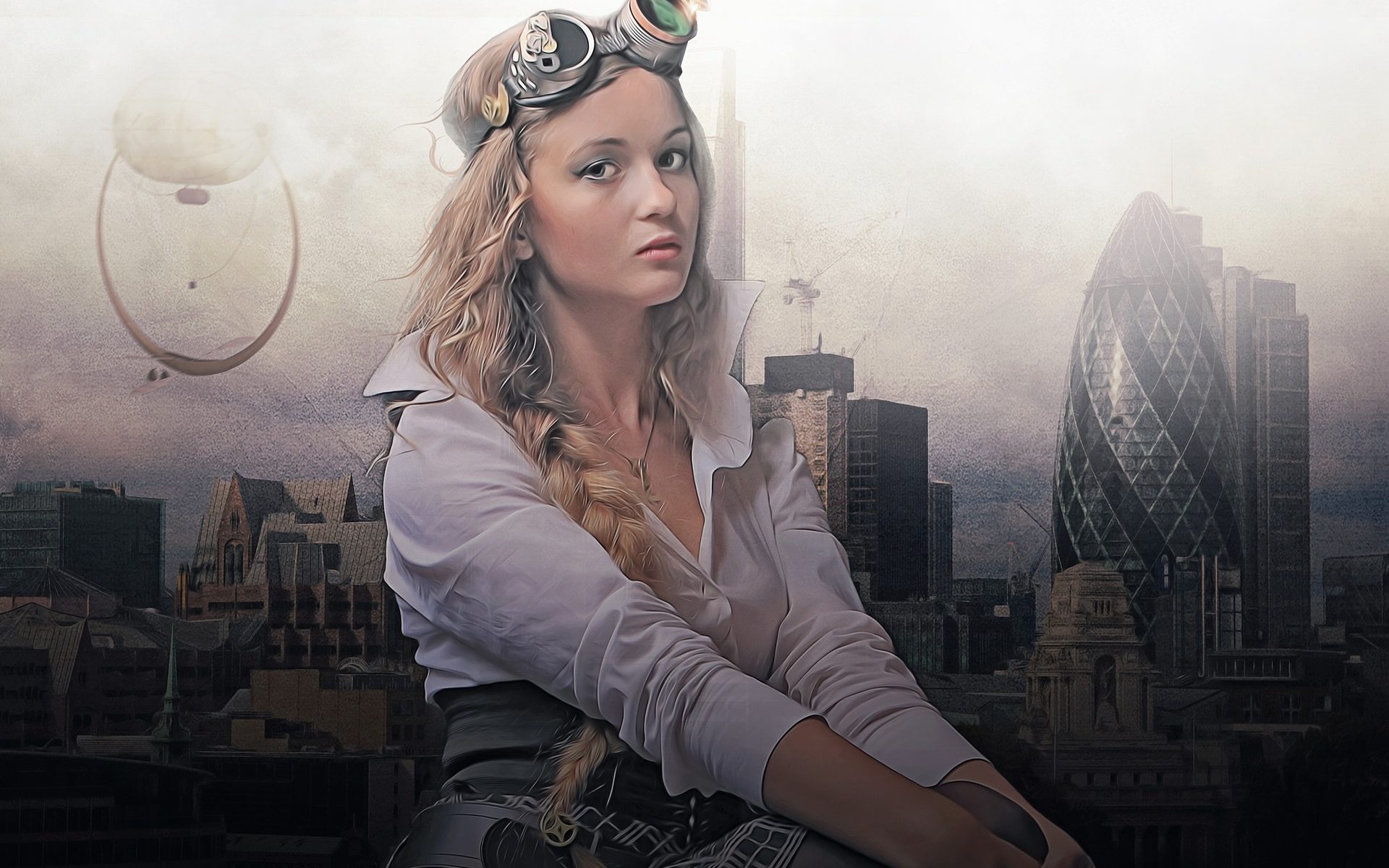 Poking her head out the door, Tessa glanced at the fanciful bronze filigreed thermometer prominently displayed on the front wall of the house immediately outside the front door. Directly under it was an equally fanciful barometer. The mercury in the thermometer had been pushed above the line reading “Gateway to Hell.” The reminder of her father and his slightly sideways sense of humor caused a slight catch in her breath.

Forcefully regaining control of her emotions she looked again at the thermometer. Yes, “Gateway to Hell” meant it was a day for both hat and parasol. The heat would be ugly… hellish even. Fortunately the barometer was showing a clear day ahead.

Tessa sighed and stepped back into the foyer. She reached for her hat, a very practical, wide-brimmed thick white hat of natural straw whose only decoration was a faded red ribbon around the crown. Opening the coat closet she reached in for her parasol, another potentially fancy accessory that Tessa had made practical by the simple expedient of pulling off the ruffle and replacing it with a simple hemmed edge.

She double-checked that her pistol was in its holster and easily reachable through the slit in her dress pocket. Clever thing those pockets hidden in the seams. Satisfied that she had everything, she picked up her portmanteau and stepped on to the porch for what she hoped would not be the last time. Locking the door she quickly placed the key under the flowerpot at the edge of the porch. Mattias would be around this evening to make sure everything was quiet, and he would look after the house as long as she was gone. She had another spare key at the bottom of her portmanteau.

She settled the hat on her head, opened her parasol, put it in her right hand, and picked up her luggage with the left. Tessa stepped off the porch and walked to the low front gate. Turning, she looked back up at the house.

“Good-bye for now. I hope I’ll be back soon. Mattias will take good care of you,” she murmured.

A pulse of warmth and safety moved through her and somehow Tessa knew it came from the house. She gave a start, it had been a long time since she felt anything from the house. At least since her father died. “I promise,” she whispered. Something like a sigh wafted past her.

With one last glance at the house, Tessa stepped through the front gate, carefully closing it after her. She had memorized the dirigible schedule and knew that she had about an hour and a half before her flight. That gave her plenty of time to walk the half-mile to the dirigible station and purchase her ticket.

Taking a deep breath, Tessa stepped out on her first adventure. She had to locate her newly discovered Uncle Paul – Father’s brother – introduce herself and get his help with the cataclysm she could sense was approaching. Assuming he had any power.

She was fairly certain she had a current location for Uncle Paul, the question was whether he would help her, or if the animosity between him and her father – over what she didn’t know, nor did she care at this point – would mean he wouldn’t even entertain her request.

Tessa grimaced. Interesting didn’t even begin to describe what lay ahead.

This week at More Odds Than Ends I was challenged by Cedar Sanderson with: It was a day for both hat and parasol… I have no idea where this snippet came from; it just popped into my head. Seems interesting and I think I will have to follow up on it and see what happens with Tessa and where she goes.

If you’d like to explore random worlds and characters, or revisit old friends, come on over and pick up a prompt. If you’re feeling quite adventurous, send in a prompt and get one in return. Check out More Odds Than Ends for details.

One Reply to “Beginning Adventurer”