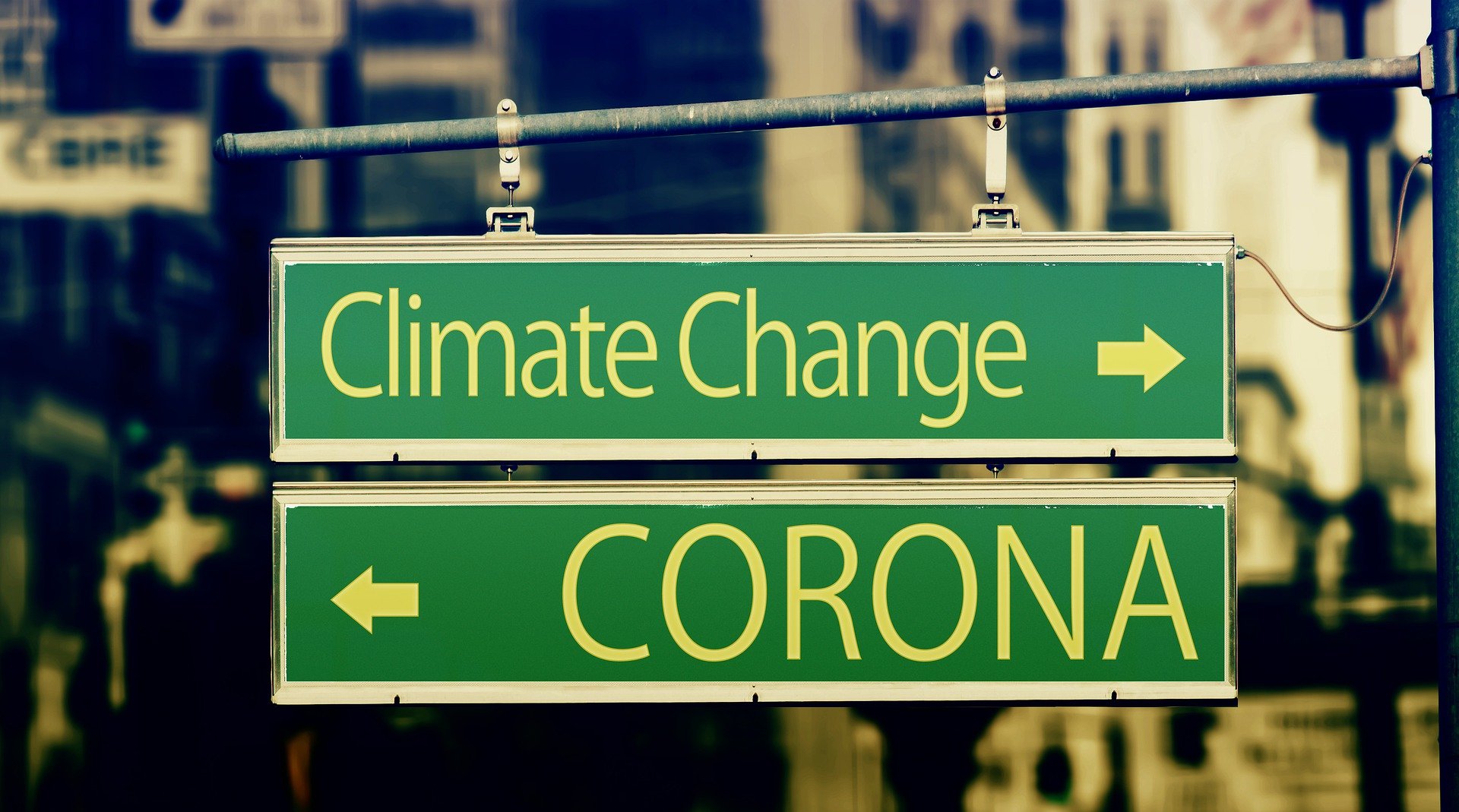 The Guardian published an opinion piece on Sunday in which they stated “…there is a danger that the battle for Ukraine may divert attention from the approaching climate change crisis.” Seriously?? There’s a war on, there are approaching a million refugees entering neighboring countries, and you’re worried that the war is a distraction? That is sheer desperation on the part of those who planned to pivot us all away from Wuflu and on to climate change. Then Putin, that bastid, stuck a monkey wrench in their plans and invaded Ukraine. The nerve!

In the U.S., John Kerry, the man who has a carbon footprint bigger than Godzilla and flies to Davos in a private plane, wants all of us to suck up high gas prices, ride the bus, and worry about how the war, the UNPROVOKED INVASION, of Ukraine by Russia, will set back the momentum on climate change. For real. The man is a walking billboard for “out-of-touch-elitist.”

But to really get a feel for this latest panic pivot on the left, let’s do a bit of a fisking of the Guardian article. Article in bold, my comments in italics.

The report last week by the Intergovernmental Panel on Climate Change (IPCC) on the need to adapt to global warming made stark, unpleasant reading. Described by the UN secretary general, António Guterres, as “an atlas of human suffering”, it revealed that billions of people now live in parts of the world where they are highly vulnerable to climate change.

Billions of people. Well China and India are both at a billion each. Is it them? Are they in trouble? Where are those billions of people? Perhaps, just perhaps, we should look at the governments of those countries most affected by droughts, floods, and storms. Perhaps, just perhaps, lax or non-existent building codes mean buildings fall over more easily. Maybe government doesn’t care where people build houses. Maybe corrupt governments mean that money meant for stabilizing flood zones, enforcing building codes, etc. is going into personal pockets instead of actual public goods. Just a thought. One that obviously didn’t enter the collective heads of the Guardian editorial board.

Death tolls from droughts, floods and storms are destined to increase in these regions as extreme heat events and inundations become more frequent. Only urgent action today can halt the worst impacts and prevent a global calamity, argued the IPCC.

Action by whom, exactly? And please define “global calamity” while you’re at it. And before anybody accuses me of callousness regarding victims of floods, tsunamis, etc. I’m not. I do worry for those people, but what exactly, aside from donating to reputable charities, am I supposed to do? Again, look to the governments in those countries experiencing the worst “climate disasters.” Why can’t those governments help their own people? Spoiler alert: It’s not because the U.S. is an evil empire. Go research the corruption levels in the governments in those “parts of the world highly vulnerable to climate change.”

In a normal news week, warnings as dire as these would have made front-page headlines in British newspapers. Events in Ukraine ensured they were pushed inside, however. It is not surprising that the unfolding humanitarian crisis occurring in eastern Europe should be the prime focus of our attention and concern. However, there is a danger that the battle for Ukraine may divert attention from the approaching climate change crisis.

Even before Russia launched its invasion and triggered a leap in fuel prices, some Conservative backbench MPs had been pressing for the government to cut back its green agenda, a move that has since been followed with calls for fracking to be resumed in the UK in order to boost fossil fuel production and help curb fuel price increases.

Now, yes, they’re talking about the UK, but please. Even for them, the invasion did not trigger the increase in fuel prices. The US stopping ALL domestic production we had under Trump, is what caused prices to go up for everybody. We were exporting gas to places like the UK. We weren’t buying it from Russia, like we are now. The Brits should renew fracking. It does not cause earthquakes or water contamination or whatever other horror stories you’ve heard. Go do some actual research that’s not directed by CNN.

These manoeuvres are being mounted by a collection of MPs and peers known as the Net Zero Scrutiny Group. They have tried to blame the government’s green agenda for a cost-of-living crisis, which they say would be better addressed not by raising national insurance payments and imposing green levies but by cutting taxes, resuming UK shale gas extraction, and slowing down the rate at which we impose carbon emission cuts.

Um, dude? They’re right. Economics and the insanely poor functioning of a green agenda, that hobbles your middle class (you know, the people that do all the actual work) and that your elites don’t even pretend to actually follow, back up those MPs.

Nor are these campaigns confined to the UK. Across the EU, calls have been made for the bloc to reactivate old, decommissioned coal plants “as a precaution and in order to be prepared for the worst”, as the German economy minister, Robert Habeck, said last week.

And, Habeck is right too. There’s also that huge boogeyman for y’all…nuclear power. It’s clean, it’s efficient, and it gets you off fossil fuels and out from under Putin’s thumb. It’s a win-win. Really, it is.

Such proposals are alarming and the threats they pose should be made clear to the public. In the case of shale gas production, there is simply not enough in the UK to make up for the decline in our reserves of North Sea gas, which have been occurring for more than a decade. Fracking is also deeply unpopular with the public and given that any shale gas extracted would have to be sold at international market prices, it would have no impact on UK fuel bills. Shale gas has no part to play in the generation of power in a Britain committed to playing a leading role in the battle against global warming.

Those proposals are horrifying! Letting people figure things out for themselves and admitting that decades of attempts to “go green” have failed is indeed terrifying if your world view depends on forcing others to do your bidding. Please identify the “threats they pose.” Also, I’d love to see the surveys that said that fracking is deeply unpopular. Again…nuclear power is there…

Nor is it realistic to consider reopening coal plants. Coal is the dirtiest of all fossil fuels and any return to its widescale burning across Europe would send the worst possible message to developing nations currently resisting pressure to close down mines and ancient power plants as part of the international programme aimed at cutting back carbon emissions.

Developing countries: Shut down all your coal mines and buy from Europe at vastly inflated prices and become dependent on Russia like Europe! It’s fun! But you’ll let China keep using coal as its primary fuel, because well…they own you. Dear Guardian Editorial Board, if you’re truly, honestly worried about carbon emissions, contact Xi and tell him he needs to switch over to green energy. I dare you.

The real lesson from the battlefields of Ukraine is that Britain needs to rid itself of its fossil fuel addiction entirely and become self-reliant on electricity that is generated cleanly and efficiently. We need to do that to protect our energy supplies, while at the same time sending a message to the rest of the world that we take the coming crisis extremely seriously. The need to follow this course of action is reflected in the final words of last week’s IPCC report: “Any further delay in concrete anticipatory global action on adaptation and mitigation will miss a brief and rapidly closing window of opportunity to secure a livable and sustainable future for all.”

Yes, the real lesson in this war is “You assholes! You took attention away from MY climate change panic!” And you gotta love that phrase “concrete anticipatory global action.” Translation: We gotta DO something. We have no idea what, so we’ll just throw a bunch of shit out there and hope something… does… something.

These people are desperate. Truly desperate. But don’t underestimate the lengths they’re willing to go to get you back to blind, unreasoning panic. This is just step one. They truly are annoyed by the Ukraine war. It’s taken attention away from the post-Wuflu shift to climate change.

They want to control you, make no mistake about it. They are desperate to control you. They had it for the last couple of years, but we all finally woke up (no, we’re not WOKE, we’re awake. It’s very different). And more are returning to consciousness every day.

When you get lectured (and if you speak up you will) ask why? Why is climate change more important than war? Why is nuclear energy bad? Why have all the state-funded solar and wind companies done so poorly? Why did Biden insist on removing US energy independence and making us beholden to Russia? Ask why is collusion with Russia good now, but when they lied about Trump’s “collusion” that was a bad thing?

If you voted for Biden, you OWN this mess. You chose not to see the dementia even though it was right in front of you. And you voted for him because you were afraid of mean tweets.

Biden took the US from energy independence to Russian dependence. His policies gave us the rampant inflation we’re facing right now. Not Trump and not the Ukraine war. Biden did. Inflation doesn’t happen in a vacuum.

Happy with your trade of $6/gallon gas (yes, in Orange County, California it’s hit $6) for no more mean tweets?

Biden voters own this, but all of us are going to pay.

Buckle up and hang on. It’s gonna get rough. But in the end, we win, they lose.

Image by Gerd Altmann from Pixabay

7 Replies to “These People Are Desperate”