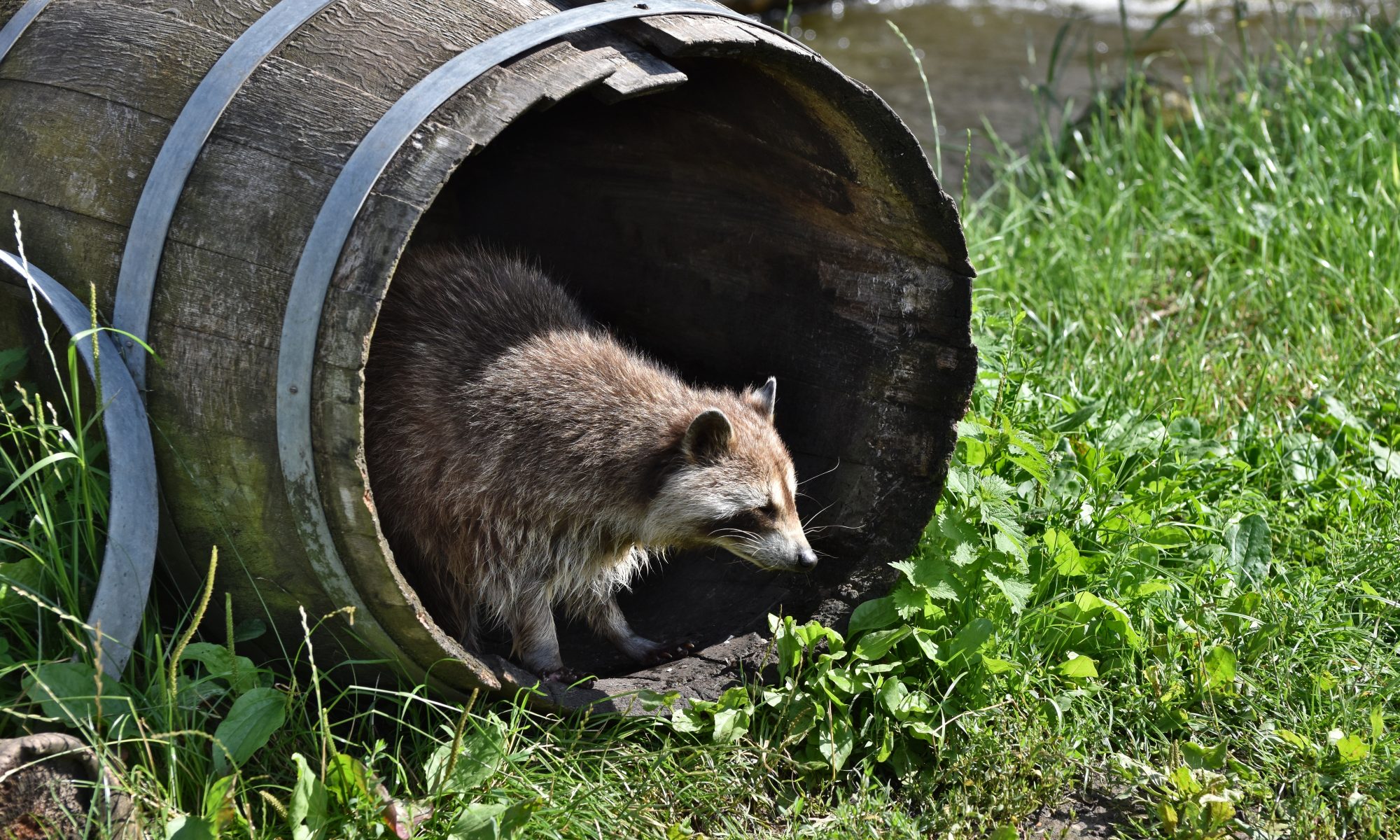 Over at More Odds Than Ends, we’re merrily writing prompt responses. For Week 9, my prompt came from ‘nother Mike: There was a baby dragon in the trashcan, laughing as it dug through the trash… I’ve been working on a short story with Jehan Bishara, the vet at Academy Arcane, and this prompt fit right into that.

“Um, Dr. Bishara? Do you have a couple minutes?” The headmaster sounded tentative, which was strange all by itself. The man ran Academy Arcane which was filled with eleven- to eighteen-year-olds and dealt with their parents. What could make him hesitate? Nevertheless, he was her boss, so of course Jehan had a couple of spare minutes.

“Uh, sure. Let me just finish up here, and I’ll be right with you,” Jehan told him.

“That’s fine.” Nathaniel Davidson perched on one of the chairs in the waiting room of the veterinary clinic. Jehan reflected that she really needed to find the funds to upgrade the waiting room furniture.

She finished up with the first-year student who’d brought their familiar in for a checkup. The young firebird had gotten tangled up with a hanging plant in the dorm room and lost some of its feathers. Jehan saw the student out and turned to the headmaster.

“So, what brings you around today, headmaster? Is Spot okay?” Spot was Davidson’s huge wolfhound. The rather unorthodox name had come from Davidson’s small granddaughter who’d been the first to notice the small white patch on the otherwise all-black dog’s chest. The dog viewed the child as his responsibility thus Spot became the only name he answered to.

“Yes, yes. He’s fine, thank you for asking. No, what I need to talk to you about… well, show you really, is quite, ah, something else,” Davidson replied.

“Okay.” Jehan turned to the vet tech who was currently manning the reception desk. “Kayleigh will you keep an eye on things, please? There are a couple more appointments this afternoon, but I don’t think they’re that complicated. You and Alex can easily handle them. I’ll be back shortly.”

“No problem, Dr. B,” Kayleigh answered with a smile.

“Lead the way, Dr. Davidson.” Jehan opened the door of the clinic and followed the headmaster out.

“I’m sorry to drag you away from your clinic work, but this, ah, situation most definitely is within your area of expertise, I’m afraid,” Davidson told her as he led the way down a path that took them toward the gardens situated between the girls’ and boys’ dormitories.

As they entered the garden on one of the many paths winding through it, Jehan saw a small crowd of students and a couple of teachers gathered around something near the center of the garden. In the middle of the crowd, she could see Michael Scaramucci, the kinetics teacher clearly keeping people away from whatever it was.

The crowd of students reluctantly parted to allow the headmaster and Jehan through. As she got closer, Jehan saw that Michael was guarding a trash can. Loud banging noises and what sounded like wheezing giggles came from inside the can. Whisps of smoke drifted out of it. What was going on?

“Please be careful, Jehan,” Michael said. “I’m not sure how or when it got in there, and I don’t know how it will react.” He drew back to let her see inside the trash can.

Jehan peered in and drew back sharply. There was a baby dragon in the trashcan, laughing as it dug through the trash. Every now and then a small burst of flame came out of its mouth and set some of the trash on fire. That was the source of the wheezing giggles. The baby dragon would pounce on the burning trash, stomp it out and then set fire to the next piece. Jehan couldn’t help but laugh. The little pyromaniac was having a great time.

She reached in and ran one finger down the dragon’s head and back. It almost immediately stopped playing and started purring like a cat. Murmuring soothing nonsense, Jehan petted it once again and then reached down into the can and carefully picked up the little dragon.

The students crowded around wanting to pet the baby dragon, but Michael held them off.

“No, no. Let Dr. Bishara take care of it. It might be injured, and you don’t want to hurt it more.” He and the headmaster created a path through the small group and Jehan went back down the path toward the clinic.

“So, what, exactly am I going to do with you? And where’s your mama?” she asked it.

The baby dragon just purred and settled down into her arms.

Head on over to More Odds Than Ends and pick up a spare if you want to join in. Want a bit more of a challenge? Send in a prompt to oddprompts at gmail dot com and get one in return.

Photo by Jolijn Rosendaal from Pexels