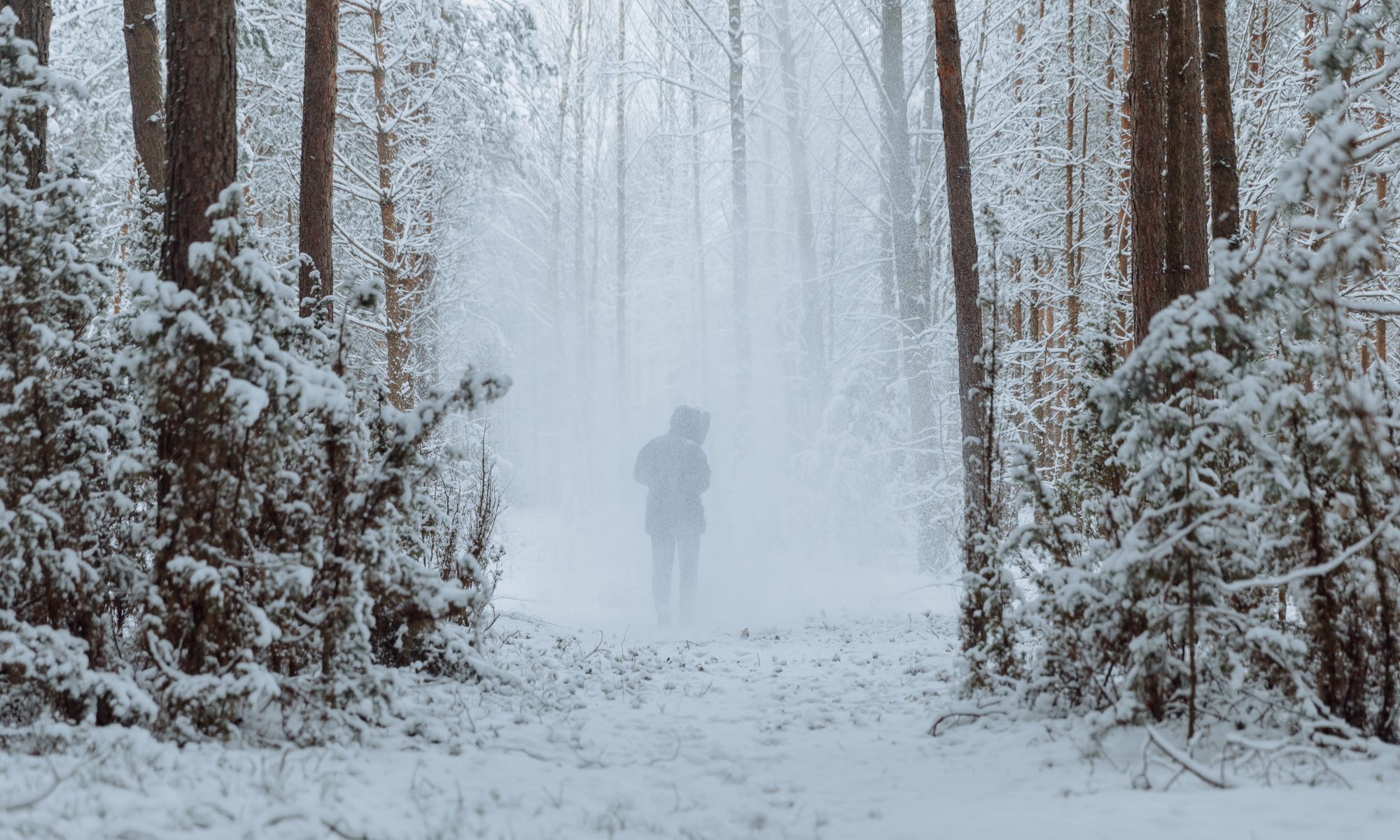 We are moving deeper into 2022 and I am enjoying my first warm(er) winter in over twenty years. We did get snow last week and had several days of well below freezing temperatures, but this week we’re back up to the mid-sixties. I can totally get behind that! In this week’s prompt response I went back to the world of Scarwood Keep. Scenes, some longer, some no more than a quick vignette, from this story keep floating through my head. This week’s prompt inspired this snippet.

Utindri woke up shivering to the sound of howling wind. Peering around the boulder that formed a part of her small shelter, she could see snow coming down between the trees. Looking around, she sent up a small prayer of gratitude that she’d stopped to rest among the woods instead of out in the meadow where the snow was blowing sideways. At least in here, she was somewhat protected from the wind.

She sat up and wrapped her wool cloak more tightly. As long as she stayed back between the boulders, the wind didn’t hit her. Reaching behind herself for her rucksack, she dug out a wool scarf and tied that tightly around her head and neck before pulling the hood of the cloak back up. The additional layer of the scarf helped to slow her shivering. Sticking one hand under the opposite arm to warm up her fingers, Utindri dug around in her sack with the other. Finding an apple and some dried beef strips, she switched hands and took a bite of the dried beef. Switching hands again, she emptied the contents of the bag onto a corner of her cloak. Time to see what she had left in the way of supplies and come up with a plan. The weather was only going to get worse as winter descended and she needed to find a village or at least an unoccupied cave where she could wait until spring. Utindri was fairly confident that her mother would assume Utindri had died in a snowstorm and Utindri wanted to encourage that assumption.

Finishing the dried beef strip, Utindri looked at her apple and then fishing out a small knife she carried in a cleverly concealed pocket in her skirts, she cut the apple in half and wrapped one half in a piece of cloth, tucking it back into her rucksack. Sighing at the depleted state of her supplies, she placed everything else back into the bag, closed the drawstring, and tied down the top flap. Munching on her apple half, she stared into the blowing snow, hoping an idea would come to her.

Gradually, she began to notice something different about the falling snow. She’d been through blizzards before, but never like this. The snow was blowing in a rainbow of colors. Staring through the trees into the meadow, she could see colors swirling around. This wasn’t just light reflecting off of the snow, which was a phenomenon familiar to her. Rather this was, or seemed to be, colored snow blowing across the meadow. When she focused on the snow falling through the trees in front of her, she didn’t see the same rainbow of colors.

Utindri buried her apple core, made sure her bag was secure and slowly stood up. She swung the strap of her bag over her head and across her body. Utindri took another moment to watch the snow in the meadow before carefully stepping through the woods toward the meadow. She stopped before she left the minimal shelter of the trees and cautiously scanned the meadow. The colored snow was all coming from an area among the trees to her right. Whatever was creating the colors must be at the edge of the meadow over there. She assumed that something or someone was creating the colors in the snow because they started out quite brilliant and then faded as the snow blew across the meadow.

Utindri pulled back even further from the meadow’s edge and started making her way around to her right. She wasn’t very good at walking quietly through the woods but she hoped that the sounds of the wind covered any noises she was making.

That hope was dashed when a tall figure stepped out from behind a tree, blocking her way forward.

“What are you doing here?” the figure demanded.

Startled, Utindri jumped back and hit a tree branch hidden in the snow. She tried to regain her balance but failed, landing painfully on her tailbone. As the figure moved forward, Utindri scrambled backwards, attempting to stand up.

“Are you alright? I’m not going to hurt you. Let me help you up.” The figure resolved itself into an…elf. Utindri swallowed. She’d heard of elves, but never seen one. Everything she’d heard suggested that elves were not to be trusted.

“Oh, don’t be ridiculous. I said I’m not going to hurt you. Here, take my hand, let me help you up. You’re just going to get wet sitting in the snow,” the elf said in exasperated tones.

Utindri stared up at the elf, finally taking the proffered hand. As she stood, Utindri saw that the elf was female. She had blue-black hair, caught back in a single braid that fell below her waist and her eyes were midnight blue. The elf was wearing trousers and a thick tunic made of a shimmering white material that made it difficult to see her in the blowing snow. A short sword hung from her belt, and Utindri could a bow and the top of a quiver over the elf’s left shoulder.

“I’m Clanire Iandan. Who are you and why are you out here?” the elf asked once Utindri was back on her feet.

Clanire eyed her closely. “Yes. It’s just a fun…well. It’s too cold to stand around out here discussing things. We’ll return to my house, I’ll tell you about the rainbows, and you can tell me everything then.” She paused. “And have some hot tea because you look like you could use something warm.”

Utindri hesitated and Clanire made an exasperated sound. “I promise. I am not going to hurt you. Whoever told you elves are evil is spreading lies. Let’s go.” She held out a hand to Utindri.

Taking a deep breath, Utindri grasped the waiting hand and followed Clanire into the woods and the promise of hot tea.

Leigh Kimmel and I traded prompts and both of us had blizzards. Leigh’s prompt to me was:  She’d been through blizzards before, but never like this. The snow was blowing in a rainbow of colors. My prompt to Leigh was: She walked from a howling blizzard into sunshine in ten steps. Head on over to More Odds Than Ends to check out all the other great prompt responses.

Photo by Thirdman from Pexels

One Reply to “Snow Rainbows”