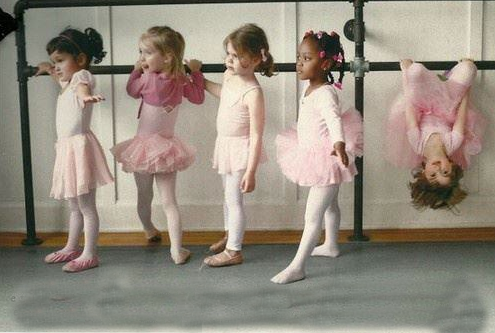 Greetings from the far edge of acceptable. Or as we identify: Rude, crude, and socially unacceptable. Here at Small Radical Fringe we are downing our coffee while coming up with ever more unacceptable ideas and arguments to run against the global political and cultural elites. Among our current projects are supporting truckers protesting against vaccine mandates (SRF would like to remind everyone that anti-mandate and anti-vaccination are not the same thing by any stretch of the imagination) required by the US and Canadian governments for crossing the border.

Our European SRF operatives are busy protesting the destruction of a 1,000 year old forest, the one used as a backdrop for many of the fairy tales written by the Brothers Grimm, in Germany. Because who else but a small, radical fringe would stand against the progress of the German state? Never mind that Germany shut down its nuke plants in the wake of Fukushima, despite the absence of an earthquake fault in Germany. So the Greens in Germany appear to support the destruction of an old-growth forest.

We here at Small Radical Fringe are also supportive of Joe Rogan (even though he can be a total ass at times) because more often than not, he is actually the one “speaking truth to power” and we believe that more of that needs to happen regardless of which power Rogan is speaking truth to. SRF would also like to point out that the Left like Rogan before (and while) they didn’t like him.

Small Radical Fringe is, as we have been from the start, very supportive of the Canadian trucker’s protest. In fact, we can trace our identifying roots to Canada, thanks in large part to Justin “I didn’t run away, I’m Covid-quarantining and yes, I party in blackface” Trudeau. Small Radical Fringe would like to point out that those fools carrying Nazi and Confederate flags in Ottawa are the Astroturf Boys, and most emphatically not affiliated with Small Radical Fringe. We will, however, claim all the residents of Ottawa and elsewhere in Canada who are skirting police lines to bring food and fuel to the truckers and the thousands of Canadians lining overpasses and roads to cheer on the trucker convoy. Also, the group of cowboys in Alberta who just joined the trucker blockade are a part of the Small Radical Fringe. More importantly, we’d like to note that GoFundMe is a thieving organization that Small Radical Fringe would be better off not using. We suggest GiveSendGo for fundraising within Small Radical Fringe. They at least won’t halt your fundraising and then try to send donor money to charities of GoFundMe’s choosing. SRF does not support thieving corporations.

In the US, Small Radical Fringe is busy organizing supportive convoys as well. Individuals are sending donations and engaging in public showing of support. Parents and students are protesting mask mandates in schools and others are busy publicly pointing out the hypocrisy of the political elites as they pose maskless for celebrity shots while the servant class (consisting of many members of Small Radical Fringe) are required to diaper up.

In the meantime, remember the words of our honorary leader, Mal Reynolds and “aim to misbehave.”