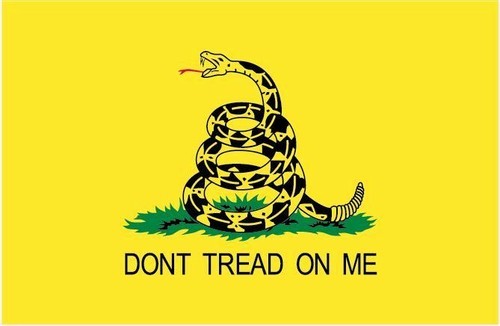 Tomorrow I expect to hear and see much wailing, gnashing of teeth, sackcloth, ashes being strewn about, moaning about the “state of democracy”, calls for stronger gun control, calls for bringing back the “sedition” part of the Aliens and Seditions Act. All of which is designed to get the average “I just want to live my life” American to wring their hands, bemoan those awful racist Republican Trumpists, and vote straight Democrat tickets next election.

The left/Democrats will try to milk everything for all it’s worth. They will take quotes out of context (a favorite ploy of theirs), they will edit photos and video (huge fave), and get CNN, MSNBC, NYTimes, WaPo, et al to edit and re-edit stories and photos in order to present a picture of barely avoided revolution. In yet another display of hypocrisy and full on victimhood, they will once again attempt to pin the blame for everything, including their own actions, on Trump. (I strongly suggest that if somebody says that to you, you ask them how Trump became so powerful that he can use mind control on Pelosi and Schumer.)

Democrats and their media poodles are overly fond of calling what happened last year an “insurrection.” Out of curiosity, I went to dictionary dot com and the Merriam-Webster online dictionary to see how they were defining insurrection. They both had some form of “rebellion against government” and M-W even had as their example against elected government. Oh, so subtle of them. So, I went to my trusty old Scribner-Bantam paperback dictionary (I know, I know, an old, old hand-held device…how quaint). It was published in 1979. Interestingly, its definition did not have the word government in it. They give synonyms, but that’s it. Check out the screen shots and photo below.

Just like the CDC changed their definition of vaccine last August, the woke individuals running the two online dictionaries (and probably all the rest) that I used, have changed the definitions of words. Now, to be fair, I don’t know if they changed them in the last year, but it’s still very handy for Democrats and the media to have those definitions at their fingertips. “See??” they say. “This is proof that those hoodlums on January 6 were engaged in an insurrection! You can’t say that a dictionary is political!”

Oh, yes, yes I can. And I will. Changing language is a long time thing. In fact, when I look at the front of my paperback edition dictionary, it touts itself as containing “concise, modern, living definitions” and that it “includes words you won’t fin in any other dictionary.” I don’t mind dictionaries adding definitions to keep up with changing usages of words. That’s not the issue. The issue is changing the definitions without retaining previous definitions. That’s where we get into Newspeak.

So, what did happen on January 6, 2021? Was it really an insurrection? I say no. Violence was perpetrated on citizens who gathered to protest what many (and many more as 2021 unfolded) believe to have been a fraud-filled election. And, really…do YOU think that some hundreds of thousands of votes were discovered overnight? Anyway, those citizens gathered to protest, as is our constitutional right to do so. Yes, they sprawled in chairs on the House floor. Big deal. I’ve done the same thing.

Was the protest a “rebellion”? No. You want rebellion? Think Lexington and Concord, think Bastille Day, think Russian Revolution, think Irish civil war, think India. This was a protest that was filled with individuals from the alphabet agencies who had the job of trying to rile people up. There is video evidence that when this started happening, others told the agitators to back off.

I say that what happened on January 6, 2021, was a protest by citizens that was astroturfed (turned into something it wasn’t…i.e. fake) by government agitators. If that’s too strong for you, or too conspiracy minded, you have to ask yourself why the police lieutenant who shot and killed Ashli Babbit, an unarmed woman, was not prosecuted. Why are those who were arrested for this so-called “insurrection” still in jail a year later? Why are Congressional representatives denied visits with these folks? If Trump were president and this was going on, you’d be screaming your fool heads off. Why do you suddenly not care about the gross abuse of Constitutional rights and liberties when Democrats do it? Is it because they’re the “good guys” for you? Seriously. Why doesn’t this bother you? If you tell me you didn’t know about it…I ask again. Why? Why are you believing what you do see in the news? Why are you not asking what you’re missing? Why?

Those of us who do know this crap is happening are trying to spread the word. January 6, 2021 was NOT an insurrection. It was an astroturfed (it resembled a riot/insurrection the way they framed it…same way astroturf is painted green to resemble grass) attempt at an insurrection and was designed to give the Democrats a reason to seize and hold power. Yes, it was their version of the Reichstag Fire (go look it up if you don’t know what that was). And we are not tinfoil-hat conspiracy theorists.

One Reply to “Insurrection or Astroturf?”