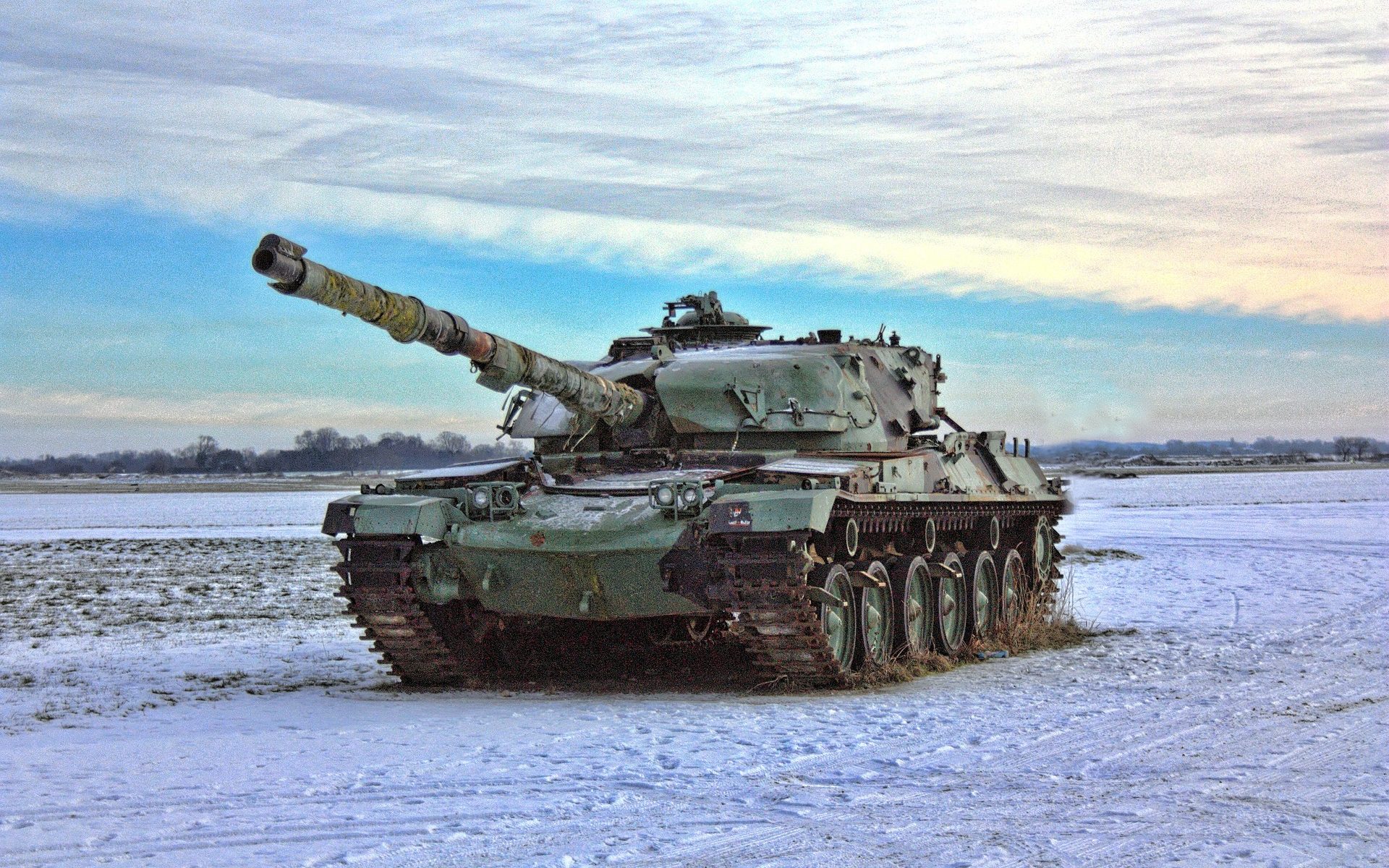 This post is me putting on my ornery professor hat for a bit. Please note, some of this will be a quick and dirty run-down and missing many details. If, for some unknown reason, you feel compelled to go and dig through all the academic literature, I am happy to point you in that direction. I am NOT going to go into those details her and now. This is the “I’m explaining this to Aunt Martha at Thanksgiving” version.

In international politics we (academics that is) often talk about hard and soft power. Hard power is military and soft power is economic. Hard power can be tricky to use and is very expensive in both men and materiel. Soft power requires good negotiating skills and possession of something of value. It’s subtler and often (not always) easier to use.

Nation-states no matter how small or large, rich or poor, use both hard and soft power to get what they want in an anarchical international system. An anarchical political system is defined as a political system with no single responsible authority, not total chaos…although that can follow pretty fast. For example, people like to think of the UN as a source of global order. But how does it enforce its rules? There is no UN army. They borrow from countries in the area. So, the international system is anarchical because there is no single authority capable of enforcing any rules (despite that, international law is followed about 98% of the time…there are mutual advantages to it).

Soft power is seen via economic leverage. Usually employed by wealthy states against poorer states, yes. But similarly states at the same level of economic development use soft power against each other, and moderately wealthy states use economic leverage against states that are poorer than them. This is where we get trade wars, refusal to allow goods to transit certain territory, etc.

Unless used in self-defense, both types of power are a form of bullying. Nation-states that can employ both effectively tend to be hegemons (controlling 50% +1 of all available power) in their regions. The U.S. (up until the last ten years or so) has been a global hegemon. The European Union was created to give European nations a sense of hegemony in their neighborhood which includes Russia, the ‘stans, the Middle East and Africa. But Russia is a competing hegemon. China acts as hegemon in Asia – sorta. You get the idea.

So, where am I going with this? Well, I was reading a couple of pieces recently that basically extolled the virtues of victimhood. We’ve seen this phenomenon growing in recent years. George Floyd and others have been extolled as victims of a racist society. There was nothing these poor guys could do to change the trajectory of their lives. Millennials are viewed as victims of previous generations. They can’t find jobs, and the world is totally screwed up because of Baby Boomers. “It’s not my faa-ault!”

As it became clear through the summer of 2020 and into 2021 that ones’ failures, such as the inability to find a job, get to school, succeed in school, find a job, succeed at a job, etc., etc., etc. (do that in your best Yul Brenner voice), could be pawned off on previous generations or society at large, it became fashionable for more and more small groups and individuals to find their own piece of the victimhood pie and parade it around town. These groups then got the upper crust liberal, social-savior wanna-be’s to donate lots of money to these poor oppressed people (who then bought three or more houses with the money…see BLM founders).

The professional victims were using soft power (emotion, sympathy, perceived victimhood, shame) to get money and fame. Like the Dire Straits song says…get your money for nothin’ and your chicks for free. These people are professional victims, leveraging soft power (backed with threats of hard power, e.g. riots and canceling) to bully everybody else.

It is interesting to note, though, that victims are usually seen as weak, at least within the circumstances that made them a victim.

But you have to remember, these professional victims do not view themselves as weak no matter the circumstances, even though they’ve labeled themselves as victims. Now, people will say that just because somebody is a victim, that does not mean they are a weak person. True. BUT, when a person consistently foists the blame for all their actions, non-actions, and failures onto others…in other words, admits that they are NOT IN CONTROL OF ANY PART OF THEIR LIVES, they are admitting they are weak in all areas of life and in all circumstances. What they are doing is leveraging that appearance of weakness and getting others, out of (misplaced) sympathy, to do the heavy lifting for them. The professional victim is utilizing soft power.

Another manifestation of the soft power of professional victimhood can be seen here. I found this piece via Instapundit this morning (you can link to the original in there. I’m not giving the whiner more clicks). “Hand me down trauma” is an apt description of this insanity.

The author of the original piece, Elaine Roth, has discovered a new ailment of which she is a victim. Ready for this? Patriarchal Stress Disorder or PSD. Even better, this PSD is a generationally shared trauma! It’s unavoidable! If you don’t suffer from it, you’re lying (probably a lying dog-faced pony soldier too). Because Every. Single. Woman. suffers from PSD.

PSD has held you back from everything. It even affects “nonbinary people and men.” Bet if I look hard enough, the cat will be affected as well. Go read the original piece. Roth is shilling for Valerie Rein, PhD. Rein has written the “definitive” book (I guess) on PSD. In fact, it appears Rein discovered this concept. Basically, you get to blame everything wrong in your life on previous generations of men and women. The men for being part of the patriarchy and the women for passing their trauma down to you. Rein, of course, will sell you the book to help you overcome this not-really-your-trauma-but-blame-your-grandmother-for-it trauma.

Instead of lauding women who came before us for breaking down barriers, taking on glass ceilings, working their butts off, sacrificing themselves for their children, Roth and Rein suggest that we have nothing because of all the unseen and unspoken trauma those women suffered and then passed on to us.

I call bullshit. My cousins, my mother, my aunts, my grandmothers, and on back were strong women. And nobody told them they couldn’t do something they really wanted to do. No, they didn’t all get to do everything. Who among us does? Life has a way of trampling all over plans and dreams. The key to being strong is knowing you’re going to get knocked down or knocked sideways and moving forward anyway.

Do not give in to these bullies who are using soft power to extract resources and sympathy from you.

Hard power usage showed up in the riots that marked most of 2020. Antifa took to the streets using the flimsiest of excuses and attacked the rest of society. They’re also claiming the mantel of victimhood, but they see themselves as bravely fighting back against whatever is holding them back. Of course, they have no intention of moving forward. They’re just bomb-throwing pyromaniacs. They used their hard power of rioting and fire-bombing to bully and blackmail city, state, and the federal government (once Biden got in) to get the same things as the perpetual victims using soft power…money and fame.

Resource extraction in the form of trade, actual resources, cheap labor, and a whole host of other things are why nation-states employ hard and (usually) soft power.

The same thing is happening now in society. Resources are being extracted from society in order to feed the antifa and professional victim bullies.

The sad thing is that society does have the means to fight back. Unlike a weak nation-state facing China or even the U.S., we can say “no.” We can stop riots and property destruction by getting public officials to actually do their jobs (easier said than done, I know, but quit believing their false promises), we can call professional victims out on their bullshit.

But it needs to come from us. We have to be the ones to stand up and say “enough!” We can no longer be afraid to be called names (remember…sticks and stones can break my bones, but names can never hurt me).

Stop letting people bully you because you’re afraid that less than one-tenth of one percent of the population won’t like you.

Stand up and say no. Discover your own power and use it.

Image by Michael Drummond from Pixabay