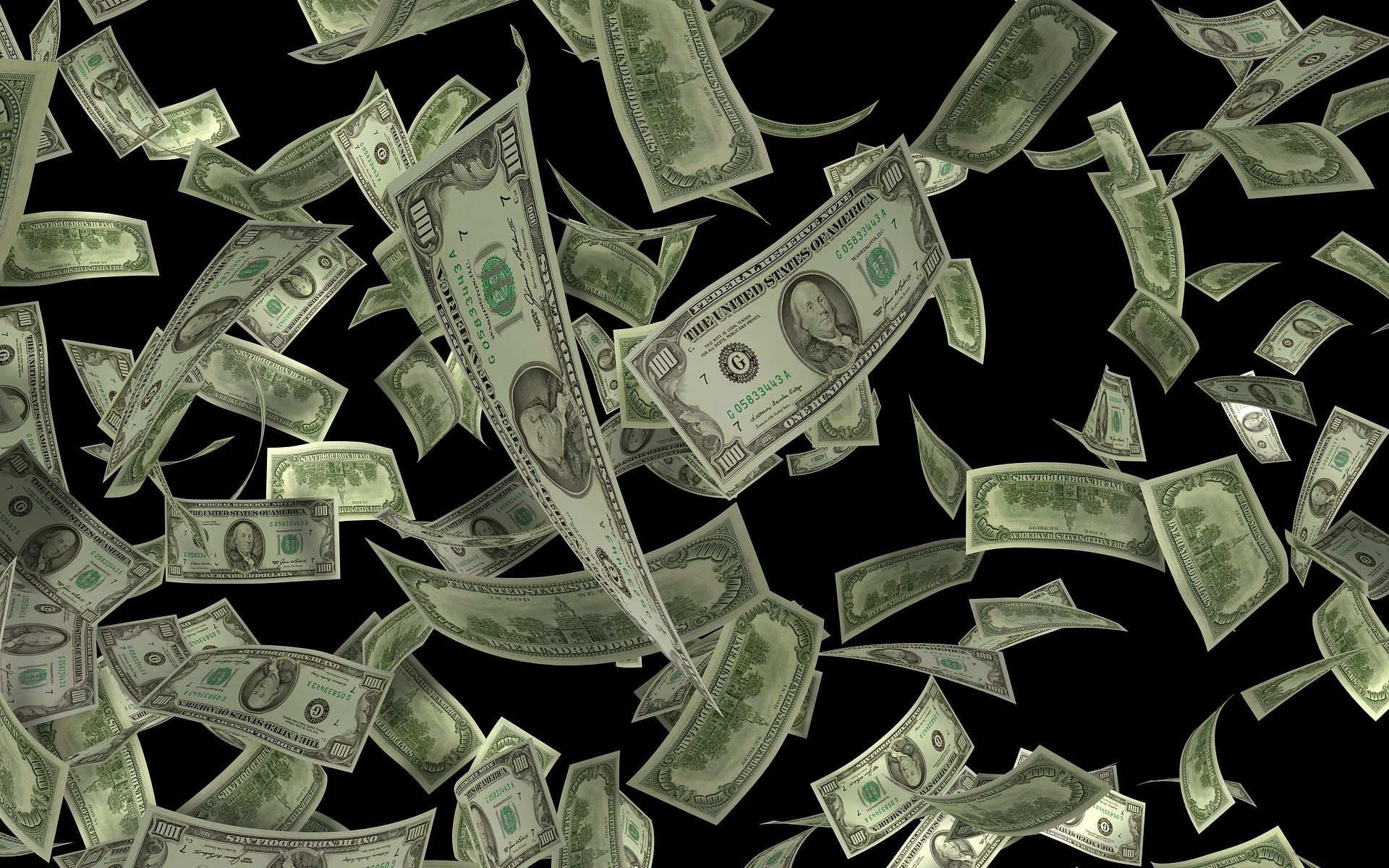 Earlier today I saw something about Elon Musk and one of the first comments was something to the effect that it was obscene that Musk was worth as much as he is. Combined with the release of the Twitter files and other things, this got me thinking again. It’s not news to anybody who’s been paying attention that a huge number of people who consider themselves “liberal” or on the left, absolutely hate money. And as the saying goes – we hate what we fear. They hate people who make money, people who try to make money, people who want to keep their own money, people who build wealth, people whose parents are wealthy, people who spend more than they do… whatever. If money is involved, they hate it.

Why do some people seem to hate money so much, yet demand that the government fork it over to them after taking it from all those eeeeebil rich people? Why do they believe others are obligated to “share” their money with everybody else – i.e. Musk should be spending his money feeding the world, not sending people into space. Why do they demand the rich “pay their fair share” for the sake of society, but these same people give much less to charity? (there are studies that show this, you can find them if you do a little research. No, I’m not going to do your work for you). Several studies show that in counties and cities where taxes are higher (usually blue areas), charitable giving is lower than in counties and cities with lower tax rates (red areas).

Believe it or not, I’m not going to say that Democrats are meaner people over all than Republicans. BUT, it is very instructive to note that in areas with higher taxes, where those taxes are touted as “helping the community” the burden of caring for the less fortunate has been taken on by the government. In areas where taxes are lower, the burden of caring for the less fortunate is taken on by private citizens and their charitable organizations (again, there are a lot of reports discussing this data).

It’s a lot easier to sleep at night if you can tell yourself that the government will take care of “those people” therefore I don’t have to worry about it and can walk on by down the sidewalk, safely ignoring them all.

At an anecdotal level, in bluer than blue Santa Cruz, California, I watched as several locals walked by a homeless man standing on the sidewalk. My very conservative father-in-law was the only person to stop and talk to the man. He discovered that the man’s sleeping bag had been stolen, and the guy was trying to get some money for food. My father-in-law gave him twenty bucks on the spot. Yes, it could have been a scam, but my FIL decided to take the story at face value and do what he could to help the guy after talking with him for a minute. I know that my FIL is very capable of detecting a scam, so he must have decided that the man standing in front of him wasn’t doing that. He took the time to find out for himself. The conservative guy stepped up. The liberal residents failed to. They had passed that responsibility to the city, therefore, they were now free to avoid another human being who was suffering.

In my experience, Democrats as a group like the “charitable giving” done by governments because that removes their personal responsibility for taking care of issues in their community. So, for example, supporting policies that provide areas for tent cities for the “unhoused” population allows Democrats to avoid the problem on a personal level (unless they have to walk past one, or deal with one out their back door), because “the city will take care of those people.” They are afraid of using their own money.

The removal of personal responsibility is a big one for leftists and it’s why they despise people with money. Making money means taking responsibility for your decisions regarding work, actions, goals, etc. In addition, the education system has done a very good job of making it clear that anybody making “too much” money (for whatever values of “too much”) is evil and therefore must be shunned… even as politicians with assets valued in the tens if not hundreds of millions of dollars *cough* Nancy Pelosi, Maxine Waters, Bernie Sanders, Joe Biden, Hillary Clinton, Barack Obama, Al Gore *cough* are getting their votes. Because the super wealthy people I like and vote for are very different than the super wealthy people I don’t like.

This is cognitive dissonance at its finest.

Dislike or hatred (for some it is that visceral) or just announced disgust for Elon Musk is driven by jealousy. He’s got more money than me, and I want that level of money. AND, he’s not doing what I think he should be doing with that money (what I tell myself I would do with that money… even if that’s highly unlikely), therefore he’s evil!

This is the jealous toddler who picked the toy out of the pile that she wanted, but as soon as somebody else picks another toy, Toddler #1 screams and grabs the toy from Toddler #2. The toy picked out by Toddler #2 had no value for Toddler #1, until somebody else wanted it.

Leftists are Toddler #1. “Money has no value to me.”

Two seconds later… “You have too much money! Give it to me! I’ll distribute it properly!”

“You’re not doing what I would do! You’re horrible!”

“Go make your own money.”

“Money is EVIL, you wealthy scum!”

“Then why do you want my money?”

“That makes no sense.”

We have large portions of at least four generations (Boomers on down) who fervently fear and hate money yet simultaneously fervently desire money. We see this a lot. Hear a song in an ad… oh, that artist sold out, sold their soul for cash. I shall now dismiss that artist as a sell-out. We are not supposed to desire money, or at least not supposed to desire more than “our fair share” whatever that is and however one would calculate a “fair share.”

Money is not finite. Just because Elon Musk is currently the world’s richest person, does not mean there is less money out there for the rest of us to earn. Money available to be earned is not a finite thing. It’s not the proverbial limited pie. You can earn as much or as little as you decide.

But to earn a lot, you will have to work for it. Oh, and don’t whinge about people who get seed money from their parents as getting an “unfair” advantage. Are you less capable than they? Are you less intelligent? Do you have less start-up cash? Yeah, and? Start saving. So, you have to make up some ground. If you don’t want to do that, then don’t. But don’t blame Musk or others. Your desire and willingness to work is on you, not them. And your fear of making lots of money is also on you, not them. Stop blaming Musk for his “failure” to fix the world’s problems.

My response to the money-hating screamers is this: If money will make you happy, and/or solve some problems in your life, then go for it. If money cannot fix what ails you, then quit worrying about what others do with their money and focus on yourself.

Don’t be an adult toddler screaming at the unfairness of a world you refuse to participate in.

And most of all, don’t be afraid of money.

As for the rest of us, we’ll be out here doing what we can to make as much money as we can.

One Reply to “Fear of Money”