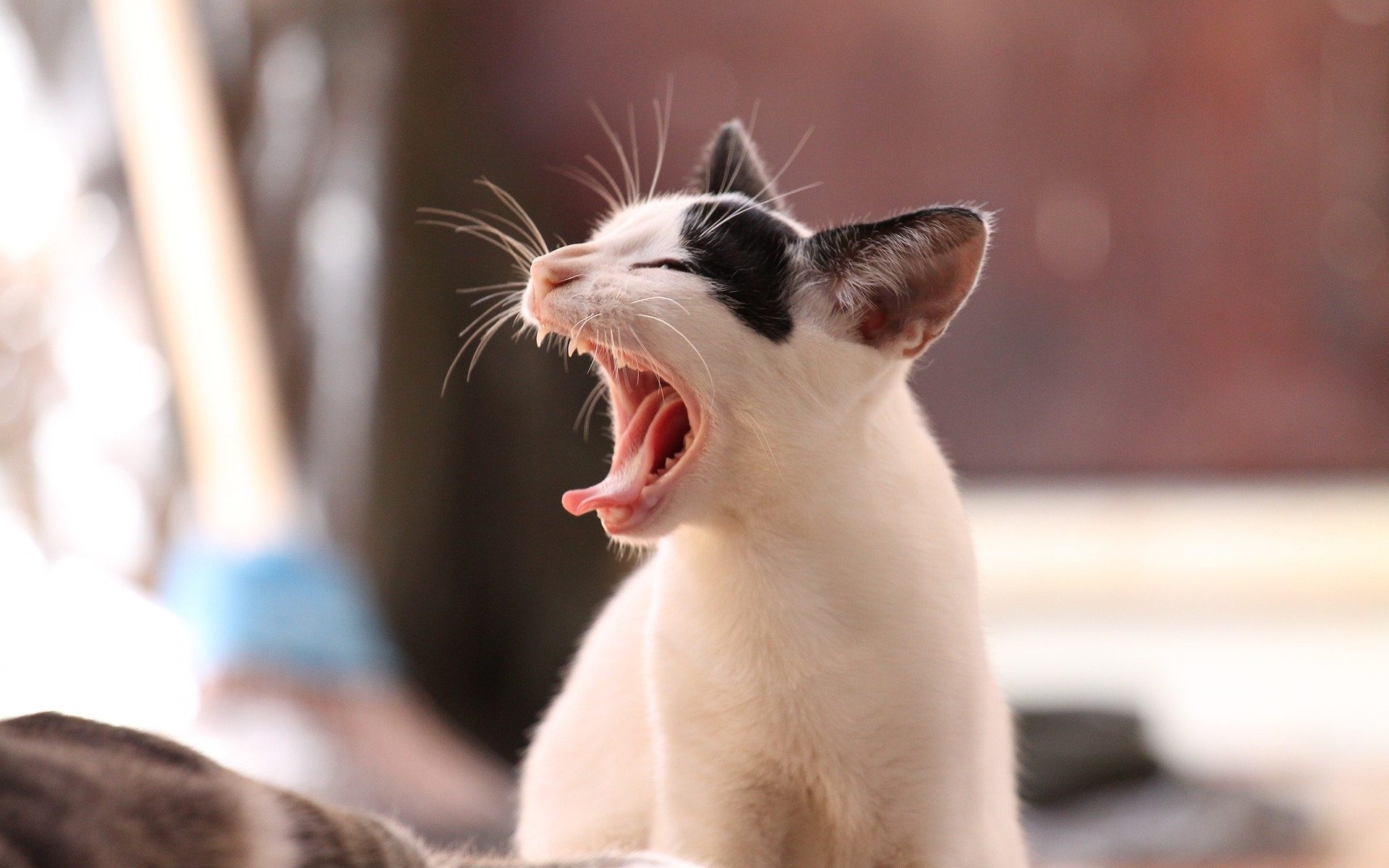 She was floating… no, that wasn’t quite right. Yes, she was floating, but in a boat… there was a tall, good-looking man (how did she know he was good looking? his back was to her… she just knew) at the helm. He braced himself as he brought the little boat around to head into a wave. He turned to her, smiled, and said…

Betsy jerked awake to the horrible, unmistakable sound of a cat horking up its dinner.

“Damnit, Snowflake! Did you hafta? I was right in the middle of what could have been a very nice dream,” she admonished the ghostly white cat sitting at the foot of her bed. “And on the bed too. You are a professional, aren’t you?”

Betsy sighed and climbed out of bed. Now she’d never know what Mr. Tall Dark and Handsome was going to say. She wandered into the kitchen in search of paper towels, following the glow of various electronics, and then made her way back into the bedroom. Squeezing her eyes closed, she turned on the overhead light and waited a few seconds for her eyes to adjust to the sudden brightness. Squinting at her alarm clock, she sighed again. She was going to have to get up in about an hour anyway. She gave the small, very fluffy white cat a scratch behind the ears.

“What did you need that you couldn’t let me sleep for another hour, sweetie?” Betsy asked as she scooped up the remains of Snowflake’s dinner and then used a damp paper towel to try to scrub out the stain. She stepped back and eyed the spot. Nope, no help for it. The duvet cover was going to have to go into the wash. Oh, well. It was probably time for it anyway.

Snowflake ignored her human’s complaints and stared at the curtain-covered window. A small growl emanated from her. Betsy turned and stared at the cat. “What’s going on?” Without conscious thought, Betsy reached for the light switch and hit it off. A shadow, briefly illuminated by the streetlight outside, moved across her window.

“What the hell?” she whispered. Snowflake growled again and hissed. Betsy dropped to the floor and scrambled over to grab her phone off her nightstand. Whether whatever was out there, paranormal or human, her wards should protect her. She really did need to check them and probably do some reinforcing.

The light of the phone’s lock screen alerting her to an incoming message drew her attention. She still had the “Do Not Disturb” feature on, so there was no tone or vibration to alert her. She unlocked the phone. It was a text from Greyson.

Be careful. Something is hunting this morning.

What the hell? What is it? She sent back.

Not sure. Keep wards up and stay inside. We’re on it. I’m on my way to your place.

I’m not helpless you know.

I know. But I’m your big brother and I say so. He followed that annoying comment with a grinning emoji.

Fine. She followed that with the eye-roll emoji.

Snowflake turned away from the window and trotted over to Betsy where she sat on the floor. The cat bumped her head into Betsy’s ankle and started purring.

“I think you saw what I saw… you certainly noticed it before I did, little girl,” Betsy murmured patting the cat on the head. “Well, hopefully Greyson will figure it out, or at least he and his buddies will take it out or scare it off.” She continued to give the cat all the scritches and pets demanded. “Was throwing up your dinner, and what looked like last night’s dinner as well, your way of waking me up?”

The cat did not reply but did flop down and lay her head on Betsy’s ankle. “You know most cats would just whack their human across the face with a paw. But, no, not you. You gotta go all out and throw up so I can wake up an hour early and wash the duvet cover. Nice cat.”

A knock at the door startled her. Snowflake jumped up and leapt into the hallway hissing.

“Bets? Are you there? It’s me, Greyson,” came Greyson’s voice through the front door.

“Grey? Is that really you?” she called, readying a shield spell with one hand.

“Yes, it’s me, MLS. I promise,” Grey called back. Betsy relaxed once more. MLS was Grey’s pet name for her. It stood for My Little Sister. Nobody else knew that or called her that.

She opened the door. Greyson stood with two of his best friends from college. While Grey faced the door, they stood looking out at the street and surrounding neighborhood. As soon as Betsy opened the door, all three men moved quickly into the house.

“Grey, what the hell is going on?” Betsy demanded, moving into the kitchen to make coffee for everybody. If she was going to be expected to function at this ungodly hour, she required coffee.

“Hunter in the area. Did you see anything… wait. What are you doing up so early?” Grey said.

“I’m up because Her Majesty over there decided to throw up on my bed. And, yes, I think I saw something. A shadow went across my bedroom window, and Snowflake hissed at it. Hunter? Are you sure? Why is a Hunter here?” Betsy replied to his questions in reverse order.

Betsy sighed. Seemed like cat puke was going to be the good part of her day. Yay.

This week Padre and I traded prompts. He gave me: Betsy woke up to the horrible, unmistakable sound of a cat horking up its dinner. I’ve heard that sound and it’s really not pleasant. And if it’s the best thing you hear that day, well… My challenge to Padre was: He disappeared with a loud “pop!” I invite you to mosey on over to More Odds Than Ends and see what he and everybody else came up with.