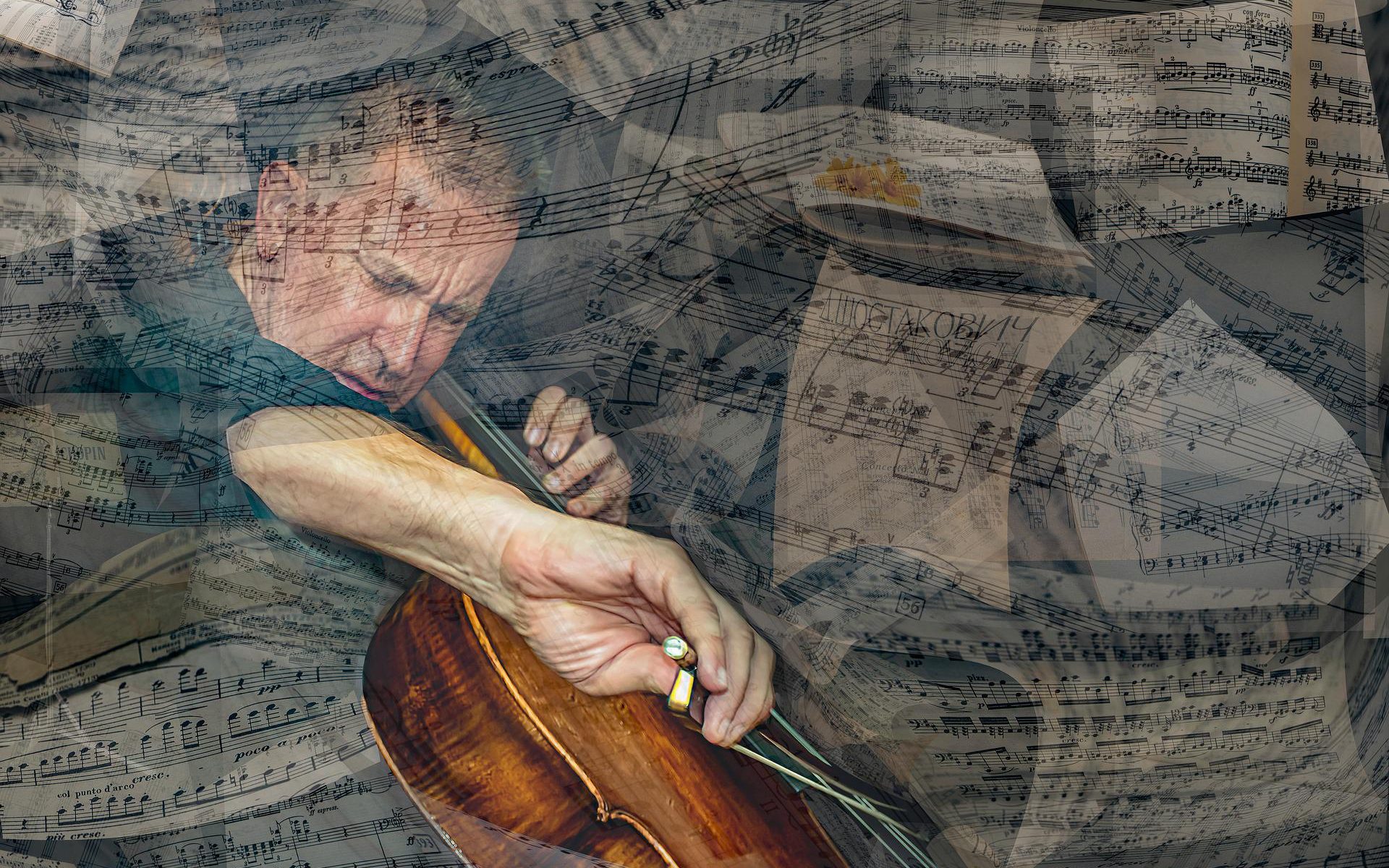 The old man glared at her. “You must treat this instrument like your child,” he growled.

“Hmph. This came on one of the first arkships with my father’s father. He hoped to start an orchestra… but it was not to be.” K’niethra thought she saw the shine of tears in the eyes of the crusty oldster. She laid a gentle hand over his where it rested on the neck of the graceful instrument.

“I will honor both the memory and the music,” she said.

“Very well. I’m trusting you. The bow is in the case. It is possible to get new hair for the bow, when necessary, but it is expensive, so take care of what you have,” he grumbled.

“I know. I have a friend who plays the violin. He can help me,” K’niethra reassured her grandfather. She gently took the cello from the gnarled, arthritic hands cradling it. Pop-pop watched as she settled in the chair and rested the neck against her shoulder and braced her knees on either side of the body. He handed her the bow.

Cautiously at first, but with growing confidence, K’niethra pulled out the first notes of the Prelude to Cello Suite #1, by J.S. Bach. The ancient piece was one of the most famous pieces written for the cello. Very little about Bach, except for his music, was still known. The flight into the stars had been sudden and panicked and not everything of importance made it onto the arkships. K’niethra was forever grateful that the knowledge of instruments and music had been carried out into the galaxy.

K’niethra and her friend Arkady planned to restart the ancient tradition of busking. They would find a good place in the park and play all the ancient pieces in the hopes that passers-by would put money in their cases. If no money was forthcoming, they told each other that at least they would be reintroducing people to the old music. There was a growing movement to rediscover the culture left behind. Humans were now living in relative comfort on their new world, and people found themselves with the time and desire to take part in old traditions, rather than simply preserving a record of their existence. K’niethra and Arkady wanted to be a part of that rebirth and K’niethra had found an unexpected ally in her grandfather.

Her Pop-pop was one of the hardest working men she’d ever known. He’d spent his life building up his farm and businesses in order to give his children and grandchildren the best life possible on the new home world. As far as she knew, he’d never taken a day off, and certainly never indulged in anything like playing a musical instrument. When K’niethra had told him about her plans to become the first professional cello player on the planet he had surprised her. Without saying a word, he’d gotten up from his chair and walked to a storeroom at the very back of the family home. When he returned to the sitting room, he was carrying the cello. That had been three years ago. He’d promised that she could have the old cello when she’d improved enough to be worthy of the ancient instrument.

K’niethra had worked hard and saved as much money as she could. She’d managed to buy one of the assembly-line manufactured instruments that were starting to become available. It was fine, but to her ears it lacked a certain… soul or character. She couldn’t describe it. Until now. Her grandfather’s cello… the sound that she was able to coax from it… magic.

The notes flowed into the room and within two bars, K’niethra had closed her eyes and lost herself in the piece. It was only when she finished that she opened her eyes and looked at her grandfather.

Tears were streaming down his face. “I love you, baby girl,” he whispered.

“I love you too, Pop-pop,” she replied, wiping her own tears away.

For Week 33 at More Odds Than Ends, AC Young prompted me with: She was determined to be the planet’s first ever professional cello player. My challenge, The dragon hid under the bed went to Fiona Grey. Hop on over to see what everybody did with their prompt challenges and maybe it will charge up your own creative juices! You’ll at least read some fun little stories!

One Reply to “Music”