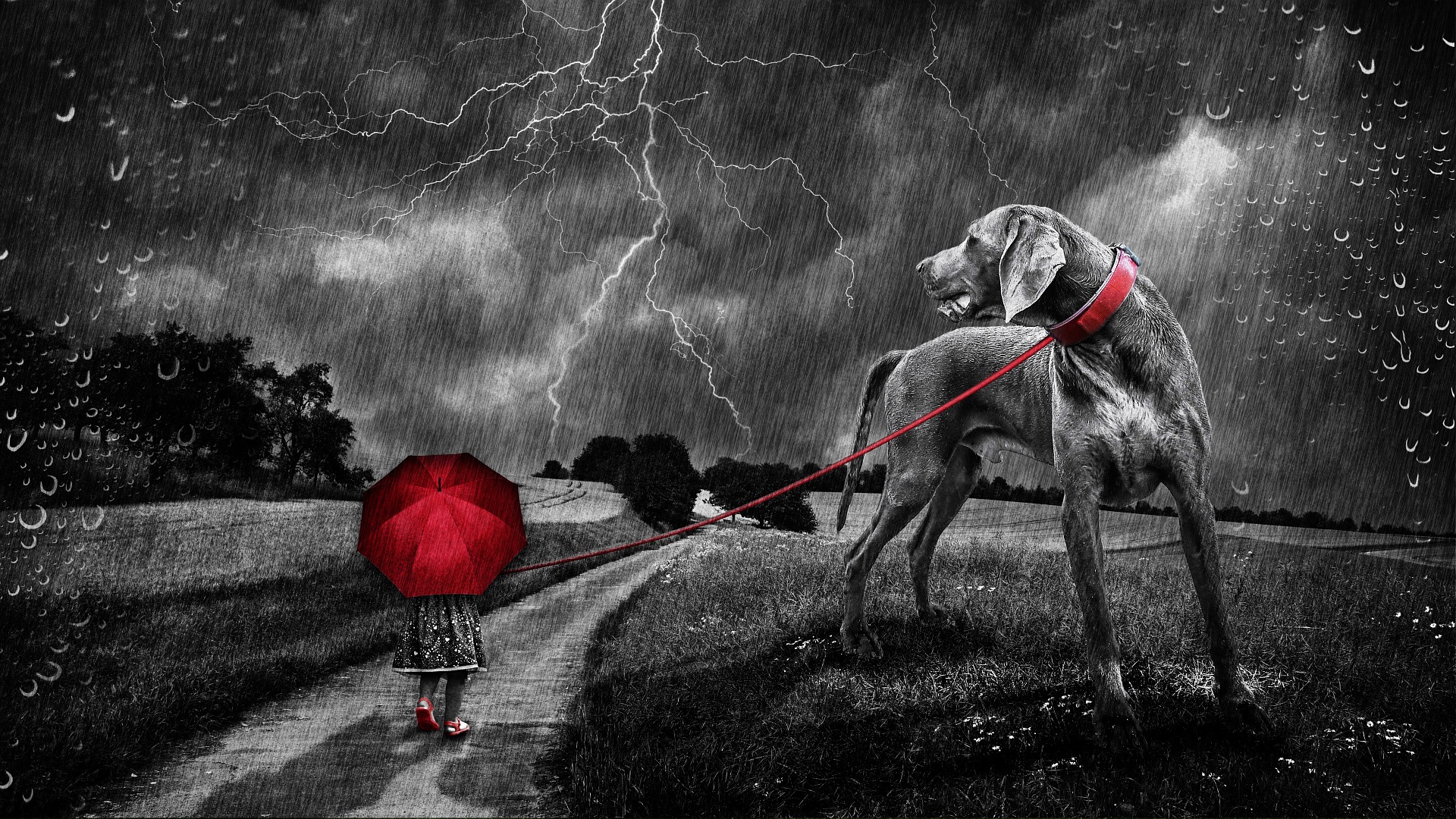 I have a new series sort of floating through my brain and recently I’ve been getting prompts that are letting me explore this idea a bit more. It started with somebody speculating about being a veterinarian at a school for wizards. My More Odds Than Ends prompt for Week 2 came from AC Young: It was raining cats and dogs and it fit in very nicely I thought.

A muted thump told Jiji Bishar that somebody had just come in the front door of the clinic. Staggered in more likely given how bad this storm sounded. She knew it was nasty but hadn’t had a minute to get up front and look out the window to see for herself. Her veterinary clinic was overflowing with patients today and her staff were being run ragged trying to keep the peace between species and owners in the waiting area.

“At least wyverns and griffins and such are kept down at the barn. I’d hate to see what they’d try with the smaller animals,” she muttered.

“Sparkles here once had a run-in with a wyvern,” the woman standing next to her commented. One beringed hand was stroking the back of the large fire salamander that Jiji was currently examining.

Jiji glanced up from Sparkles. “Oh, dear! When was this?” And should I be looking for old injuries?

“Oh, a few years ago. Before you became her vet. In fact, the absolutely shoddy care she received from that veterinarian is why I’m here now,” Melody Burton answered.

“Oh. Okay. Well, everything looks good for Sparkles today. Make sure she gets enough combustible material to keep her flame at the right temperature. And there’s another case of food waiting for you at the front desk,” Jiji told her, opening the exam room door to let her client exit.

Extremely wealthy clients who doted on their animals could be demanding. But their custom paid the bills, so Jiji was willing to deal with some haughtiness. Melody wasn’t that bad. At least she wasn’t harming Sparkles by spoiling her rotten in the name of “treating her right” and insisting that Jiji support it. Arcane veterinary practice definitely kept her on her toes.

“Thank you so much. Sparkles and I really appreciate everything you do,” Melody gushed, enthusiastically shaking Jiji’s hand.

Melody tucked Sparkles into an inside pocket in her rather large shoulder bag and eased around one of the vet techs who was coming into the exam room.

“Sheesh! It’s raining cats and dogs out there!” Brian exclaimed.

“What?! What are you doing standing there? We have to go help them!” Jiji cried. She reached for the stack of towels on one of the upper shelves over the exam table.

Jiji drew a deep breath. “Why the hell would that phrase also mean heavy rain?”

“I dunno, boss. It’s something my great-grandma used to say so it’s a family thing I guess,” Brian was still making apologetic gestures.

“It’s fine. But damn you almost gave me a heart attack!” Jiji smiled at him.

“Yeah, been in one of those freak storms once. That was enough for me. Trust me, if it really had been cats and dogs, I’d still be out there trying to catch the poor things,” Brian said.

Jiji nodded. She’d witnessed one of the storms as well. Having cats and dogs mixed in with regular rain was quite startling…and ugly.

“That reminds me. We should get your parachute net catcher thing set up and ready to go right by the main door. That way if…when that happens, we can get outside faster and save more of them,” she told Brian. He’d put together something similar to what firefighters had for people jumping from buildings and put it on wheels so they could roll it around faster and safely catch as many of the poor animals as they could.

“Oh, good idea, boss. I’ll go do that right now while I’m thinking about it.” Brian nodded and went off to find his creation.

Jiji sighed and walked up to the front desk. After Brian’s comment, she wanted to look at the storm with her own eyes just to reassure herself.

Satisfied there were no cats or dogs falling with the rain, Jiji glanced at the young woman manning the front desk and then at the small crowd in the waiting area.

She sighed. “Give me a couple minutes and then send back the next patient. Who is it anyway?” she asked quietly.

“Um, Mr. Henderson and his baby roc,” Lara told her.

“Oh, fun. New patient, right? Well, by the time he’s due for another check up, it’ll be big enough, he’ll have to take it to the barn. Best decision I ever made, buying that barn and hiring a large animal specialist!” Jiji smiled.

“So true, boss,” Lara laughed. She made a shooing motion with her free hand. “Go. I’ll give you five minutes before I send Mr. Henderson and Roc-a-Billy back.”

“I am not kidding,” Lara responded. “Now, go! We gotta get through this crowd by the end of the day!” She tipped her head toward the waiting area.

“Yes, ma’am!” Jiji quickly headed to the back area with the exam rooms, and more importantly at that moment, the restroom. It didn’t look like she’d get any more breaks until she got through the remaining clients.

If you’d like to join in the fun, head on over to More Odds Than Ends. You can send in a prompt, or pick one up from the spares.

Image by Comfreak from Pixabay