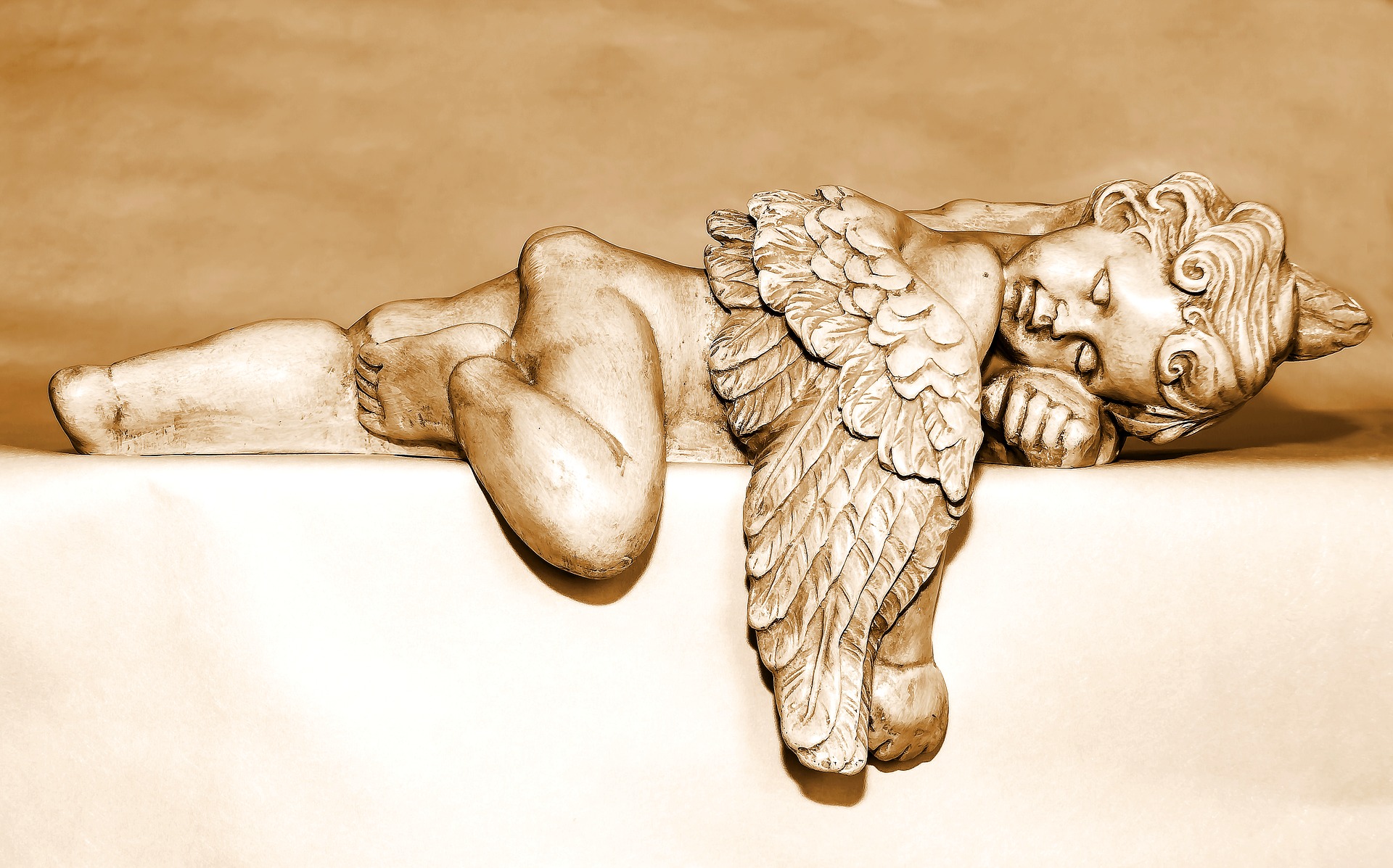 I’m trying to get things straightened out in my writing schedule. I did get this week’s prompt response for More Odds Than Ends done. I have got to get my schedule squared away. I’m all caddywhompus right now. So my prompt came from Leigh Kimmel: “The angels have landed.” I was thinking about Jack and Monica from Cursebreaker and this little scene popped into my head.

Jack bolted upright in bed, staring into the darkness of the bedroom. Monica rolled over and opened her eyes.

“What’s the matter? What’s wrong? Is the baby okay?” she asked, her voice fuzzy with sleep, but tilting toward alarm.

“I’m not sure. I’m sorry I woke you up,” Jack apologized.

Monica sat up. “No, don’t apologize. If you’re not sure what woke you up, then I’m not going back to sleep right now. What was it?” She stood up, moving to the foot of the bed where the baby’s crib was situated. She turned on the low light that was attached to the side of the crib, but directed outward. The light had been Jack’s idea, letting them see the baby without waking up anybody else…especially the baby. Jack loved his tiny son, Malachi or Mal for short, more than anything. But he would also do anything to make sure Mal slept through the night as much as possible.

Monica reassured herself that all was well with the baby and climbed back into bed, snuggling up to Jack. “Did you figure it out?”

Jack scrubbed his hands over his face and tried to clear his mind. What had woken him up? He knew it wasn’t an external noise – nothing in the house. So, it must have been a dream. But why would someone or something in a dream tell him “The angels have landed” and why would that statement wake him up?

“I’m not sure. I know I was having a dream, but then there was this voice, a man’s voice, and it said, ‘the angels have landed.’ And then I woke up.” He looked at his wife. “Does that make any sense to you?”

Monica shook her head slowly. “No. I’ve never heard that phrase before and I can’t think of anything that it might connect to, either.”

While Jack only had enough magic to ‘see’ curses and figure out how to undo them, Monica was a full magic worker. She could manipulate and use magic like a normal person, Jack thought bitterly. He sighed. If she hadn’t heard the phrase and couldn’t connect it to anything, it was likely just a weird dream.

But the voice had been so clear and the idea of angels landing so urgent that he’d woken up from a sound sleep. What did it mean?

Monica rubbed a hand down his back. “We’ll work on it in the morning. Let’s try to get back to sleep. You know Mal’s going to wake up in a couple of hours.”

Jack sighed. “Yeah, you’re right.” He slid back down under the covers. Monica curled up against him, one arm draped over his chest. Jack pulled her into his side and settled down into the warmth of the bed.

This time he woke up to the sound of quiet fussing coming from the crib at the end of the bed. Gently sliding out from under Monica’s arm, Jack slipped out and padded over to the crib.

“Hey, little guy. Good morning. The breakfast diner isn’t awake yet, so you’re going to have to settle for snuggling with me for a bit.” He smiled down at his son, and lifted the child into his arms.

Mal looked up at Jack with wide eyes and a small smile. Jack tucked the baby into his arm and stepped back to the side of the bed. Monica was still asleep, so Jack eased himself and Mal back under the covers. He propped himself up a little on the pillows, and put the baby on his chest. Monica sighed in her sleep and rolled back toward them. Mal cooed and snugged himself down until he was tucked between his parents. To Jack’s amazement, the baby drifted off to sleep again.

Head on over to More Odds Than Ends and pick up a prompt or two for your own enjoyment. Or if you want a bit of a challenge send one in and see what you get in return!