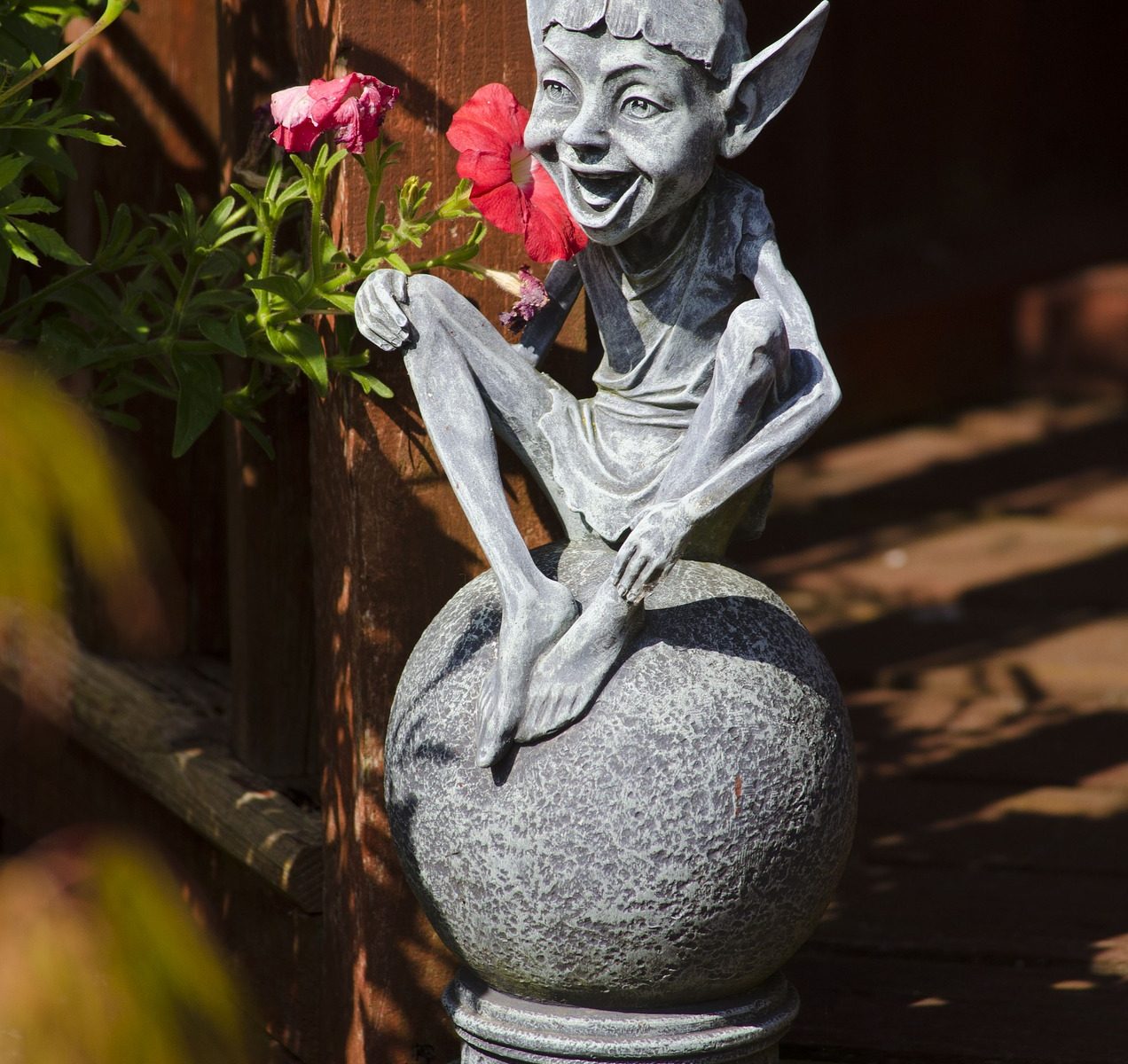 We’re coming into fall. Although by the weather around here, you wouldn’t know it. But, it’s mid-September, autumn is only a couple of days away. But the prompts keep coming and I’m still writing. It’s all good. This week, my prompt for More Odds Than Ends came from AC Young: I’ve never believed the old stories about what was in the woods. This evening I went exploring. I sort of modified it, but kept the spirit of it.

This just sort of popped into my head tonight. Here for your (hopeful) enjoyment…

Kayla looked around the living room with satisfaction. Two weeks in the new house and they were now fully unpacked, and she felt like they were home.

“Wow, you did it!” Ryan exclaimed, coming through the front door.

Kayla turned around with a smile on her face. “Yep! We’re home.”

“You rock and I love you,” Ryan said, giving her a hug. “But what are you going to do now that you’ve finished your life’s work?” he asked with mock seriousness.

Kayla gave him a playful shove. “I’m going to check out the woods tomorrow. The guy down at the hardware store told me there’s some weird history to them, so you know I have to go check it out.”

“Okay. Just be careful. Never mind the stories, you don’t know what could really be in there. Those woods are pretty dense,” Ryan commented.

“I will, I promise,” she assured him.

The next morning, after Ryan left for work, Kayla packed up her daypack with snacks, and a couple of water bottles. After a minute’s consideration, she added the small first aid kit, bug repellant, a flashlight, and the little pepper spray she normally carried in her purse. She patted her front pocket double-checking that her pocket-knife was there.

Feeling like she had her bases covered, Kayla stepped out the back door and after carefully locking it, she shoved the keys into her pocket and marched across the back yard to the split-rail fence that separated the yard from the woods.

Almost as soon as she climbed over the fence, she felt a change. The air was colder, and the light seemed dimmer, almost like early evening rather than mid-morning. Kayla paused and glanced back at the house. It appeared perfectly fine. Shaking her head, she turned back to the woods and walked the several yards from the fence to the beginning of the tree line.

Instinct put the pocket-knife in her hand, and she cut a small blaze on the trees to either side of her. She kept the knife out as she moved further into the woods. Another ten feet in and the light was even dimmer and she considered pulling out the flashlight but reasoned that her eyes would grow used to the low light soon enough and using the flashlight would hinder that.

She paused a few feet into the thick woods and did allow her eyes to get used to the dim light. Standing there she listened to the sounds surrounding her. Surprisingly, she couldn’t hear the traffic she knew was on the busy state road just about a quarter mile to her left. Kayla couldn’t remember which direction that was but knew that if it was on her left heading out, she would need to make sure the road was on her right coming home.

Once Kayla felt like her eyes were as adjusted as they were going to get, she left a blaze on the tree next to her and walked forward in as straight a line as she could manage. About every ten feet or so, she made another blaze or created a small pile of rocks at the base of a tree. She felt safer with the blazes since those couldn’t be removed and a pile of rocks could get kicked over.

She’d been walking through the thick underbrush for about fifteen minutes when she heard a something that sounded like singing. Kayla paused. Who else could be here?

What had the man at the hardware store said? Something about pixies? Kayla racked her brains. Were the pixies dangerous to people? Or did they just like to mess with them? Oh, right. Possibly dangerous, but if you were careful in approaching them…gave them candy? Sweets? they were friendly enough.

Not sure she believed in the tale of pixies, Kayla nevertheless pulled off her daypack, opened it up, and rummaged around for the snacks she’d packed. She pulled out some mini peanut butter cups, one of her favorite indulgences. Stepping carefully and trying to make as little noise as possible, Kayla turned in the direction of the singing.

If it was pixies – highly unlikely she figured – she had candy. If it was humans being strange (because the singing didn’t really sound like regular voices) she had pepper spray. On second thought…she shoved the candy into her pocket. Pulling off her pack once again, she grabbed the pepper spray and put that into her right hand, leaving her pocket knife in her left.

A few hundred yards later, a small clearing appeared in front of her. In the center of the clearing was a ring of mushrooms, what she knew some people called a fairy ring. And in the middle of that ring were five small beings. They looked like something out of a children’s fairy tale book.

Between eighteen inches and two feet tall, with shimmering wings sprouting between their shoulders, the five – Kayla guessed they were pixies – were standing together, singing.

She must have stepped on a stick or made some other noise because the singing stopped abruptly, and Kayla found herself the subject of five pairs of glaring eyes.

“Um, hi. Your singing is beautiful. I’m sorry I interrupted. I’m Kayla. My husband and I just moved into the house over there,” Kayla stammered, waving a hand in what she assumed was the direction of home.

“You should not be here,” the largest pixie, a man, spoke. “Humans are not welcome in these woods. Did nobody warn you?” He pulled a sword from somewhere, and flanked by the others who had also acquired swords seemingly from thin air, moved toward Kayla.

She stepped back from the menacing advance. “Uh, the guy at the hardware store said something about pixies in the woods, but he never said to stay out of them. I’m sorry. Uh, I brought some sweets, uh, I’ll just leave them on this rock for you…” she put down the peanut butter cup she’d been holding and quickly dug out several more from her pants pocket.

Kayla never took her eyes off of the pixies who had stopped moving towards her but were still looking very dangerous. She put the candy down on the flat rock at the edge of the clearing and backed into the woods as quickly as she dared. When she felt she was a safe distance away, she turned, found her blaze, and hurried back the way she’d come.

The woods seemed darker and more menacing, but Kayla could still see her blazes in the trees. The occasional piles of rocks were still there as well. At least the pixies hadn’t decided to trap her in the woods for their amusement.

After what seemed like hours of frantically searching for her blazes and fighting through the thick underbrush, Kayla saw the edge of the trees highlighted by the setting sun. Beyond them she could just make out the split-rail fence.

Wait. Setting sun? There was no way she’d been gone that long. She hurried to the fence and climbed over, catching her foot and falling into the yard.

“Kayla! Kayla! Where are you?” She heard Ryan calling but didn’t see him in the yard.

“Here! I’m here!” She’d never been more grateful to hear his voice. She clambered to her feet.

Ryan came around the corner of the house and ran over to her. “Are you alright? What happened? I got a really strange feeling a couple of hours ago and knew I had to come home. When I got here, you weren’t here. What happened?” He was breathing heavily and hugged her to his chest.

Kayla hugged him back and tried to control her hammering heart.

“Well, like I told you, I decided to explore the woods. You won’t believe what happened…”

Back in the clearing, the pixies high-fived each other and grabbed the peanut butter cups Kayla had left on the rock.

“Score! I told you this would work!” crowed the one who’d spoken to Kayla.

The others all nodded, their mouths stuffed with candy.

Head on over to More Odds Than Ends and pick up a spare prompt, or send in one of your own and get another back in the challenge. Write as much or as little as you’d like…it’s all good.

Image by Mandy Whalley from Pixabay

2 Replies to “Beware the Pixies”