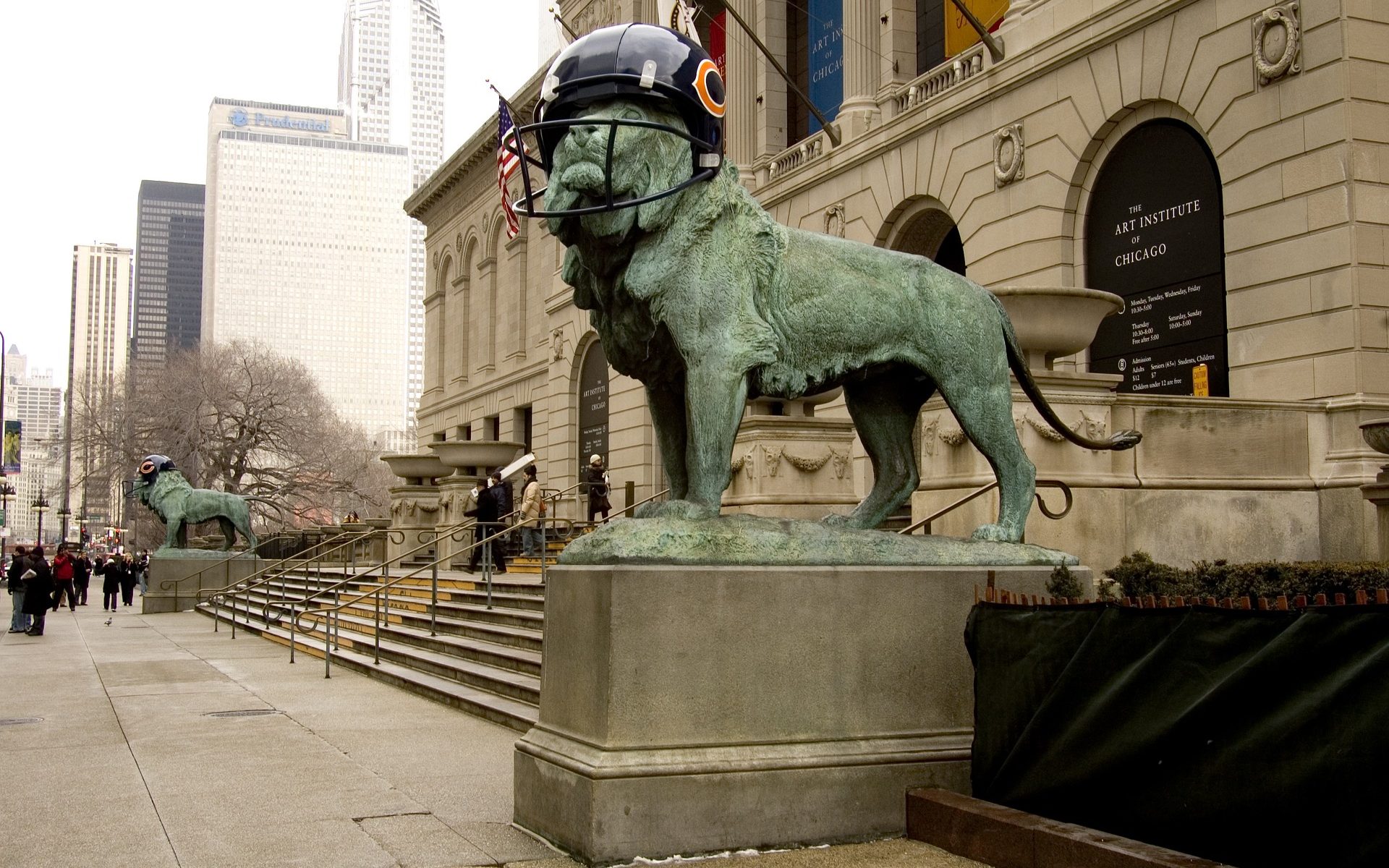 I am trying to become more organized and effective in my time management. To that end, I am now designating certain days for certain writing ideas. Since I decided to start doing book reviews, Tuesdays will be for those. I decided to move the prompt response to Mondays so that I’m not totally procrastinating there. I’m thinking I will do other types of posts on a M-W-F basis, but I’ll see how that goes. All of this is subject to change, of course. But, experience suggests that if I have specific days for specific tasks, I will get them done on a regular basis. None of the precludes posts on other topics on those days. What it means is that there will be at least something here on a regular basis.

Today is Monday and that means it’s prompt day. This week’s prompt at More Odds Than Ends came from Leigh Kimmel: Three hats for three lions. For some reason I immediately thought of the lions in front of the Art Institute of Chicago. Not sure why; I haven’t been to Chicago in ten years. I did live there for about seven months in 2000, and visited the Art Institute several times. Nevertheless, those lions jumped into my head and this little scene presented itself.

Mikaela skipped down Michigan Avenue, humming to herself on the warm spring day. She paused and indulged in a small two-step every now and then. Other pedestrians smiled as the young woman skipped and pirouetted along the sidewalk.

Approaching the grand entrance to the Art Institute of Chicago, Mikaela paused to greet the two lions at the entrance. She opened her backpack and pulled out a pair of hats. Placing a hat on one lion, she pirouetted across the top step to the second lion and gave it a hat as well.

Mikaela skipped back down the steps and continued down the sidewalk. Behind her, the two lions stepped off their pedestals and gravely followed in her wake, quickly catching up to her with their long strides. Surprisingly, the black fedoras balanced on their heads did not fall off and even gave the lions a little more gravitas. Mikaela twirled and beckoned to the lions.

“Come on! I have one more hat. We need to find a third lion. Three hats for three lions!” she continued skipping down Michigan Avenue.

Image by Adam Bielawski from Pixabay