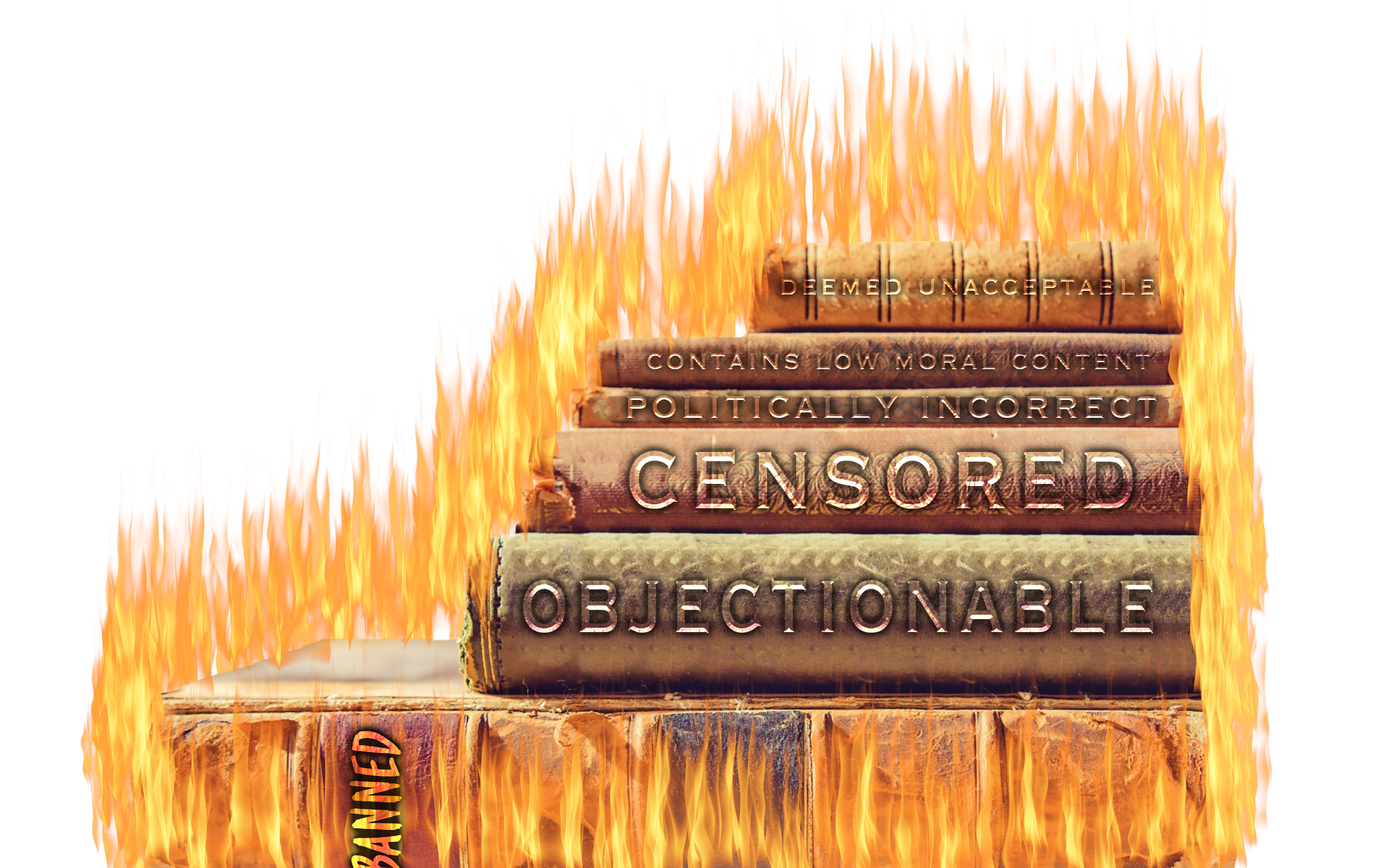 Yes, Twitter is censoring the President of the United States. Yes, Apple, Google, and Amazon are censoring and engaging in monopolistic business practices against Parler. This is what’s happening. If you said “Yay! Twitter banned Trump!” you are a proponent of censorship and an opponent of free speech. Yes, you are, no matter how fast you spin in circles to justify it.

noun
an official who examines books, plays, news reports, motion pictures, radio and television programs, letters, cablegrams, etc., for the purpose of suppressing parts deemed objectionable on moral, political, military, or other grounds.
any person who supervises the manners or morality of others.
an adverse critic; faultfinder.
(in the ancient Roman republic) either of two officials who kept the register or census of the citizens, awarded public contracts, and supervised manners and morals.
(in early Freudian dream theory) the force that represses ideas, impulses, and feelings, and prevents them from entering consciousness in their original, undisguised forms.
verb (used with object)
to examine and act upon as a censor.
to delete (a word or passage of text) in one’s capacity as a censor.

Note that the first definition is an official who searches for words or thoughts in written or visual form which are objectionable for political, moral, or military grounds. The other day, I talked about the “dictator’s dilemma” where the dictator eventually finds himself boxed in by his own restrictions and thus failing to receive accurate information. This is how it starts.

Also note that nothing in any of the definitions above mentions government as the sole entity with the ability or power to censor. The first definition does say “an official” implying that the government is censoring. However, that does not exclude others who are not officials from acting as censors.

The second definition is “any person who supervises the manners or morality of others. Any person. So, if you’re telling another adult how they should be behaving in public, you are censoring their behavior and/or their words. Now, that can be reprimanding somebody who is being outright rude, or that can be karening somebody who is acting in a way you simply don’t like (e.g. not wearing a mask, grilling in a park, narc-ing on the neighbors for having a friend over). Either way, you are censoring behavior. So, any person can act as a censor which means that the answer to the second question in the first paragraph is an emphatic “NO.” Censorship is not a unique governmental behavior or action.

Back to Twitter acting as a censor. Twitter permanently banned President Trump. Is that censorship? Many are arguing no because Twitter is a private company and therefore they get to decide how and whether they function. But they are censoring or supervising the manners and morality of President Trump claiming that he has incited violence and they don’t tolerate that. That falls under the dictionary definition shown above. However, they have censored President Trump while leaving intact the accounts of others who advocate and incite violence (e.g. the ayatollah of Iran who advocates the elimination of Israel and all Jewish people). Banning Trump but not the ayatollah makes it clear that this was an act of censorship against the president for political purposes as opposed to company policy violations. It’s also clear that Twitter CEO Jack Dorsey is a hypocrite.

Yes, a company can act as a censor as opposed to simply enforcing policy. Twitter is censoring President Trump by absolutely denying their platform and its reach to him. Is it illegal? That’s a different question, and no, it’s not illegal. Is it oppressive and stupid? Yes. Shutting off a huge avenue of communication is oppressive. The steep drop in Twitter share price demonstrates the stupidity of that action. It also undermines any trust anybody might possibly still be holding for Twitter. Dorsey and Twitter have proven themselves to be capricious at best and gaslighting bullies at worst.

Can an individual censor a company? Well, yes. I can decide that the public statements and behaviors of any given company are against my values and therefore I won’t do business with them to the extent possible. That’s censorship. Will it have an adverse effect on the company? Not very likely. I don’t like to patronize Exxon/Mobile due to the failure of Exxon’s response to the Valdez incident (yes, I’m THAT old). That’s just me. Does Exxon/Mobile care? Not bloody likely. Does my individual censorship of Exxon/Mobile have a chilling effect on their ability to do business? No.

But…what if say, Jeff Bezos the individual who happens to have ultimate control over Amazon, decides that he will censor a company because he doesn’t like how they do business or he wants to help another company put a competitor out of business? He has Amazon to wield as a weapon. That’s a bit stronger than my weekly, or these days semi-weekly, gas tank fill-ups. Does Bezos’ decision to censor Parler by kicking them off Amazon’s servers have a chilling impact on their ability to do business? Of course. And, it was done for supposedly values purposes, but in reality, political purposes. A company acting on behalf of a political ideology and on behalf of another company squashing a much smaller company that disagrees with that ideology is censorship in its most chilling and blatant form. It’s also corporate bullying. When I decide not to buy from Exxon, I can go to BP or elsewhere and Exxon won’t shut them down because I don’t use Exxon. When I leave Twitter to go to Parler and Bezos shuts down Parler…that’s killing Twitter’s competition and my choices on behalf of Twitter. Censorship and bullying. Correct me if I’m wrong, but aren’t we supposed to be against bullying?

Next up…Apple and Google removing the Parler app from their stores. It should be clear that this falls well within the definitions of censorship and bullying along with monopolistic business practices. All concerned admit to censoring Parler…supervising morals and manners. Two mega companies ganging up on a much smaller company on behalf of another mega company – bullying in the exact pattern of the classic movie trope of the football team harassing the nerds on behalf of the head cheerleader. Apple, Google, and Amazon are Niedermeyer, Marmalard, and the Omegas to Parler’s Blutarsky, D-Day, and the Deltas.

What we’ve been seeing over the last few days is classic censorship in the mold of, yes, the Soviet Union and People’s Republic of China. Supervising morals and manners by big companies and government is exactly what happens when social credits in the form of public denunciations of the behavior of others.

It is horrifying to me that disagreements have become subject to policing of morals and manners.

And it should be horrifying to everybody.

We all must act against censorship and bullying.

NOTE: Yes, my book and future books are still on Amazon (as long as I am permitted to do so). No, I don’t have another choice right now that equals the reach and marketing capabilities of Amazon. Yes, I get it. No, I’m not changing. Books are somewhere around two percent of Amazon’s total sales. I’m small fry, very small fry, right now and I am stuck. If that bothers you, I’m sorry. But I’m not giving my books away for free. That would be a double harm to me (you not buying and me not selling).