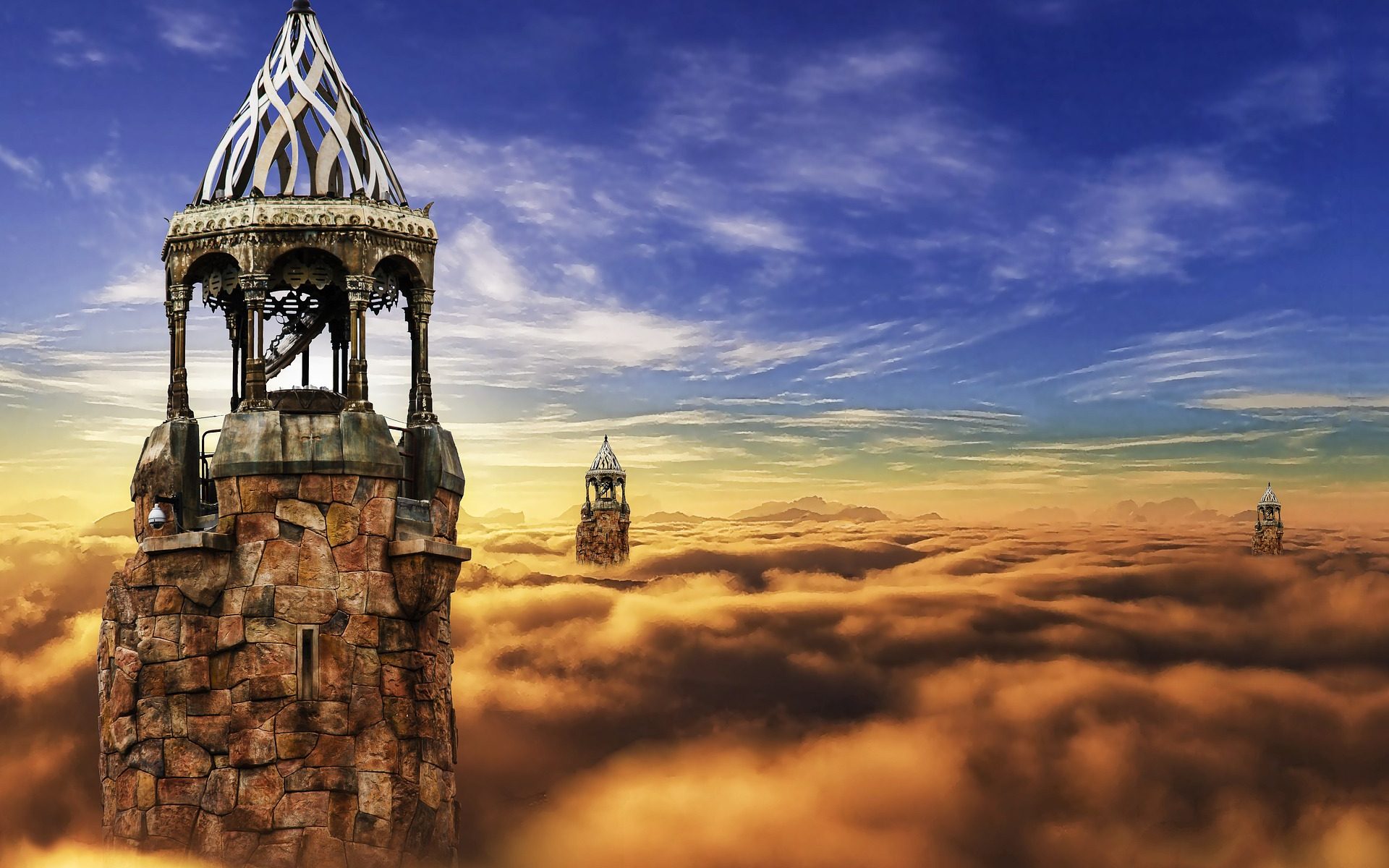 So, in the last week we’ve been through Hurricane Ida (nothing like what NOLA and other parts of Louisiana got, thank God). We had I-676 flood, and people have done backflips into the water, gone kayaking on the highway, and generally gawked at everything. I’ve seen a heron hunting on the train tracks, and a dumpster floating in the river. Bit of a crazy week for sure. I’m starting to get some interesting ideas for stories from all the images.

This week is Week 35 of More Odds Than Ends prompts. My prompt came from Leigh Kimmel: In the distance three towers shine reddish in the setting sun. I went back to Jake and Serena, my researching space explorers.

After the storm passed, Jake spoke with the captain and had him land the ship just to the north of the planet’s one city. The meteorologists on his research team had watched the odd clouds and dug up information on weather-related terraforming errors. It appeared the storms were confined to the coastal area just to the west of the city, confirming a terraforming problem.

Happily, the team could move north and east of the city, away from the shore and away from the storm area. Why the population had decided to stay in that area was a puzzle, but one that Jake would leave to his wife, Serena, and the other anthropologists. And good luck getting answers out of the city-dwellers, Jake thought. They certainly were not forthcoming with any information.

The captain gently set the ship down in a wide clearing just outside of the city. As he exited the ship, Jake glanced around. Curiously, the clearing had regular edges and just beyond the tall, dense shrubbery, he thought he could make out what appeared to be the remains of walls. Was this once a landing zone? Had they really found a lost early colony?

Jake shook his head. Those questions would have to come later. Right now, he had to get the expedition organized, he and the captain had to discuss their extraction process, and Jake had to make a trip into the city to meet with his contacts from the previous research trip. The people had been friendly and helpful. Until he and Serena started asking questions about the history and society of the planet. He wanted to make sure it was okay for the group to hike into the wilderness. Jake didn’t really expect any answers, but he wanted to be polite and at least ask.

Unlike the first time he and Serena visited this planet, they weren’t staying in the city with its very friendly, and very closed-mouth population. This trip, they were heading into other areas of the planet, confident that nobody in the city would object, especially since all the inhabitants of the planet lived in the one city.

The next day, just after sunrise, the team set out. Out of fifteen people, ten made up the expeditionary team, while the remaining five would stay in the clearing, as would the ship and its crew, analyzing the data they had gathered while in orbit, and collecting all information sent back from the expeditionary team.

As they set out, Jake reflected that the planet, at least in this region, was quite pleasant at this time of year…whenever that was. That was one of the things the meteorologists staying behind would be working on. It wasn’t clear yet how fast the planet rotated…that was something else that the city dwellers had not been forthcoming about.

It really was frustrating. Jake couldn’t tell if the inhabitants just didn’t know and didn’t want to appear ignorant about their own planet, something Serena had mentioned was a possibility. On the other hand, were they withholding information in the hopes that something would attack the team? Nobody could figure it out.

The group stopped for a break about five hours after they started out. Jake sank down on the ground next to the rock Serena had claimed.

“Well, there are some bugs, but they don’t seem to be the biting kind, so I’m happy about that.” Serena smiled at him. “How are you feeling?”

“I haven’t walked this much in a long time. Shoulda stayed in shape, guess I’ll do that now.” Jake grimaced.

Serena laughed and patted his shoulder. “I’m sorry. It will get better, I promise.”

Jake grumbled and pulled out a protein bar and a water bottle. He stared at the bar. “One of these days we’ll get real food on a trek,” he muttered.

Serena laughed again and took a bite out of her own protein bar.

Another four hours later, they had run across no ruins, or anything that indicated there may have been human, or almost human, activity in the area.

The trees ended abruptly and the group looked out on, well, not exactly grassland, Jake thought. There were trees out there, but they were shorter and less densely packed together.

“Wow! What’s that?” Javion, the meteorologist who’d come with them exclaimed, pointing at something in the distance.

Jake looked up. The setting sun was glinting off of three towers that appeared to stand at the end of the pseudo-grassland.

“Wow,” Serena murmured. “I think this answers some questions about other settlements.”

“Or raises even more,” Jake said, staring at the towers.

Stop by More Odds Than Ends and pick up a spare prompt. It’s easy and free, no purchase required!

Image by Donna Kirby from Pixabay