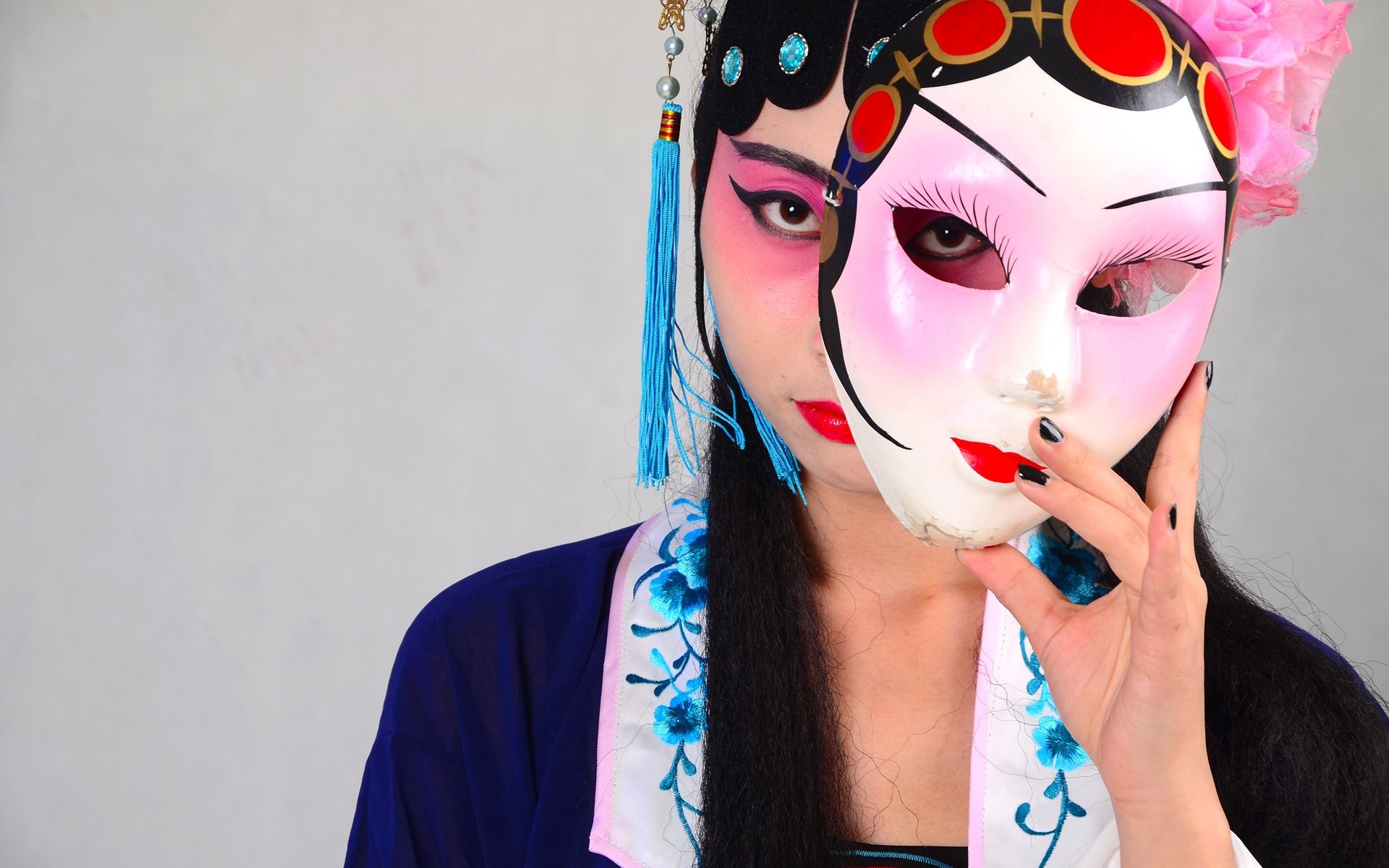 As of today (Saturday) about 15+ states have significantly lowered their Wuflu restrictions or eliminated them altogether. One CNBC story I found had as part of its headline “…despite warnings” and in the opening graf noted that the Biden administration had asked those states to slow down. I giggled at that. It’s not going to happen. We have reached the one-year anniversary of “two weeks to flatten the curve.” In my purely anecdotal scanning of Facebook, I noticed that the “wear your mask!” scolds had died out. BUT…as soon as the news started coming out that states were lifting mask mandates, the wailing and gnashing of teeth began anew.

END_OF_DOCUMENT_TOKEN_TO_BE_REPLACED

Earlier today I posted a meme thing on FB that basically said there are many reasons why somebody wears a mask and many why they don’t wear one – no matter which side you fall on, don’t be a jerk. I immediately got blow back from people wanting to know why certain things were and were not on the two lists. Seriously? If that’s your biggest problem with that meme, then you have been a jerk at some point and now you’re having to think about it in those terms.

We never like to be called out on bad behavior. It’s embarrassing to admit you’ve been a jerk. And when it comes to something that you know is personal…wearing a mask, you get even more uncomfortable. Regardless of their effectiveness masks have become a signal. Wearing it, a signal of your virtue. Not wearing one, a signal of your resistance to seemingly arbitrary rules handed down by governors without support from legislators. What does it mean if you wear one sometimes and not others? I’m not sure. Practical?

Full disclosure, I don’t wear a mask when I’m walking around outside. I do wear one when I go into the store. The stores are just trying to stay in business (yes, even the Target and Wegmans) and to stay in business they have to follow the current rules. I don’t want them to get in trouble and I need to go grocery shopping. I do not live in a state where I have options if I decide not to give a store my business because they require a mask. I can’t go anywhere else. But, believe me, I wear it as little as possible. After about an hour, I start to get eczema outbreaks on my face. I’m also slightly claustrophobic so wearing it for any length of time becomes very stressful. This means that the microsecond I get out of a store, the mask comes off.

At the same time, hell yeah, I laugh and comment – in my head – when I see people with their mask on their chin pull it up as they get near me. And I laugh at the sideways looks. But I’m wearing reflective sunglasses so they can’t see my eyes (which may explain why they don’t say anything…hard to when you’re not actually looking at somebody’s eyes). But…all of that is in my head, and I smile at everyone I pass on our walks. I do my damnedest to not be a jerk. At least not out loud to strangers. I try…emphasis on try.

When my husband and I go for our daily walk we do not wear masks. We have gotten some sideways looks, but nobody has said anything directly to us (not counting the Parks & Recs people today who offered us masks). In college a friend told me that I have a look that says “Fuck with me and I’ll bite your legs off”. I guess I still do. If anybody were to ever say anything to me, depending on what they said and their attitude, oh, they’d get a response.

It bothers me that many of my friends seem to feel that it’s required of them to make nasty, arrogant, and condescending remarks about wearing a mask. To go into “mansplaining” mode (both men and women do this), to let us hoi polloi know that we are so very, very wrong in our opinions and any data we bring to the table is clearly flawed. Many claim to want a clear and thoughtful discussion, but the minute you try to provide any counter-argument they balk. I know that nobody has ever won an argument on Facebook. But, c’mon. We can still have a civil discussion. Right? We can, if people remember that being a jerk is, as my dad would say, bad form.

Don’t be a jerk. Call out people when they’re being jerks. Don’t let them slide.

Image by rickey123 from Pixabay

To mask or not to mask, that is the question. Whether ’tis nobler in the mind to suffer the slings and arrows of outraged Karens, or to use research against a sea of shaming and by opposing end it? With profuse apologies to Shakespeare, this is where I find my brain wandering off to these days. I’ve had conversations and read numerous comments regarding the wearing of masks. I fall on the side of masks have become a symbol of compliance rather than a useful tool in the (endless and perhaps foolish) fight to stop the spread of COVID-19 or the Wuhan flu or CCP flu (pick your favorite name). I do not wear a mask when I’m out for a walk or otherwise simply mucking about. I will put it on in stores that require one as I don’t want to get them in trouble, but otherwise no.

Here’s the thing. The stated reason behind the wearing of masks is for the greater good. That greater good is based on the assumption that everybody is a potential carrier of Wuhan flu and everybody is a spreader as well. I have said for a long time now that the more realistic response to this virus was to isolate the sick and protect the vulnerable (elderly, immuno-compromised) people. People who show no symptoms should not have to curtail or end their daily lives. Yes, but, I’m told, you are contagious before you show symptoms. Yes, this is true. It is also true for a number of other viruses, including the corona viruses we know as the common cold and other strains of the flu. So why do we treat this thing so differently?

For one, the world received bad information from the Chinese government. They had their own reasons for not being upfront about things, primary among those was the desire to maintain the facade that the CCP is totally in control and does not make mistakes. This attitude has cost millions upon millions of lives throughout history. I also think that there were those in Europe and the US who saw this as a political opportunity. It is not an exaggeration to say that there are those who despise Trump so deeply that there are few if any limits to the depths to which they will go to ensure he is not re-elected in the fall.

But, beyond the geopolitical implications, fear is playing the largest role in keeping people from going outside and when they do venture out, fear makes them wear a mask. Also, and this is a strong reason as well, they don’t want people to think they don’t care, and wearing a mask, in their minds, shows they care. Right now, as states reopen, cases are rising…because testing is rising. But deaths appear to be flat and even lowering. If you look at the CDC numbers you can see this. But the fear engendered by the rising cases is bringing renewed panic. This is not a disease that kills on contact like Ebola. It is not waiting in the air for you to step out of your house so it can attack you. This fear is being drummed up.

None of this is to say that the Wuhan flu is not a matter of concern. It is, especially if you or someone in your family falls into one of the vulnerable groups. But, and here’s the big part, for a large majority of us, that is not the case. As with the regular flu strains (which cause something like 20,000 deaths in the US annually), the usual precautions can be taken and have a good effect: wash your hands, sneeze/cough into your elbow, don’t touch your face, and if you’re sick, stay away from people.

Back to masking…sorry, that was a bit of a detour. No, I don’t like to wear a mask and I do not wear one whenever possible. I have eczema which is aggravated by a mask, especially in hot, humid weather. I also get claustrophobic if I have one on for too long. I have not yet been yelled at by a Karen, although I’ve received some sideways glances (all of which I’ve ignored). I don’t think states, cities, or other municipalities should be making rules regarding wearing a mask. Especially when doctors writing in NEJM suggest that mask wearing is not effective outside of a hospital setting and is indeed a reflection of fear and anxiety over the pandemic:

We know that wearing a mask outside health care facilities offers little, if any, protection from infection. Public health authorities define a significant exposure to Covid-19 as face-to-face contact within 6 feet with a patient with symptomatic Covid-19 that is sustained for at least a few minutes (and some say more than 10 minutes or even 30 minutes). The chance of catching Covid-19 from a passing interaction in a public spaces therefore minimal. In many cases, the desire for widespread masking is a reflexive reaction to anxiety over the pandemic.

This should be your guide to mask vs. no mask along with other general information, easily found, covering other strains of flu. Not fear of social ostracization.

Image by Elliot Alderson from Pixabay