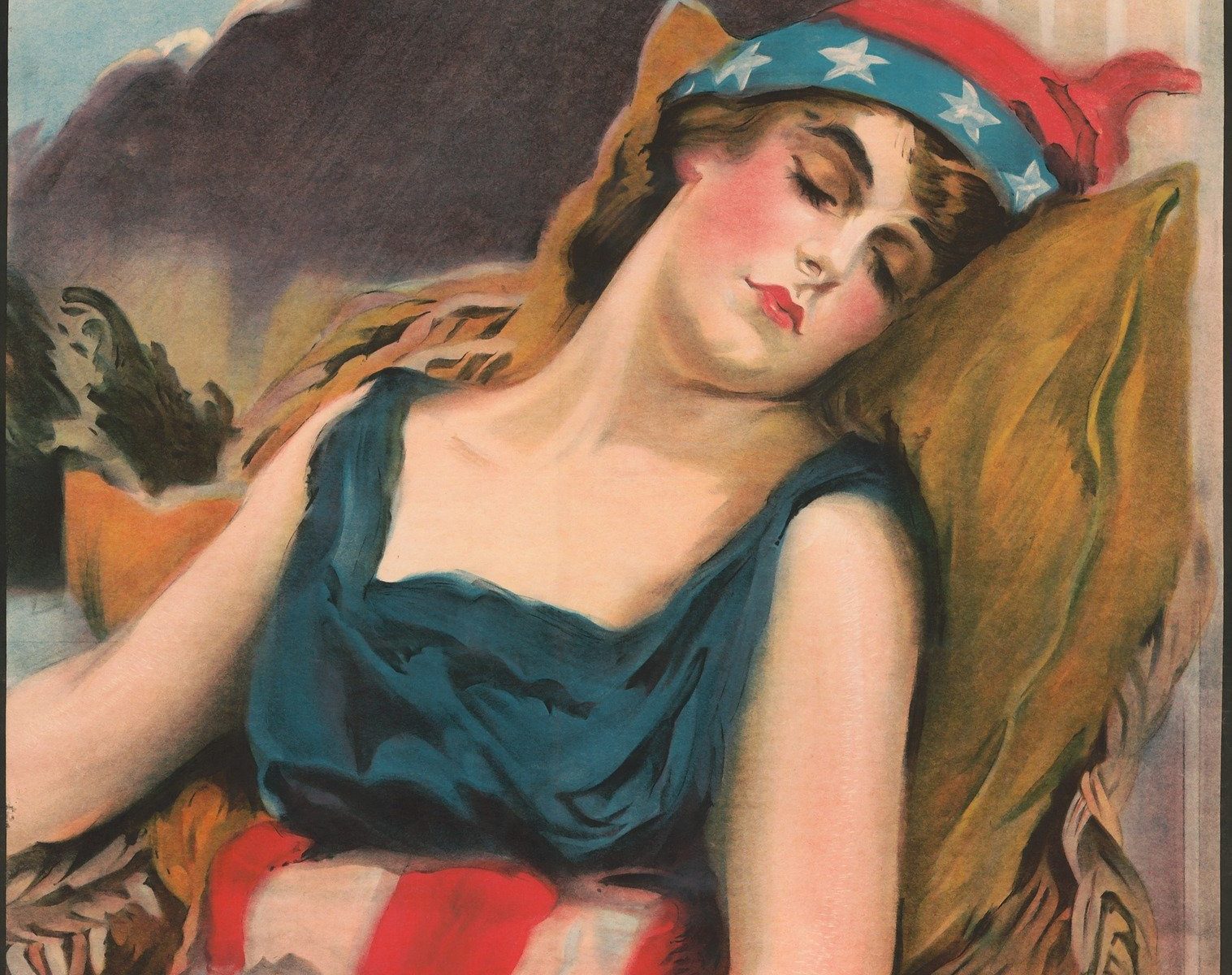 The Constitution itself says nothing about voting, elections, parties, or who gets to vote. I also want to note that the Constitution never uses the word “men”, rather it is always “citizens.” This will be important later. The amendments are where voting rights (notably the 15th) are broadly outlined. And like the rest of the Constitution, rights are outlined in the sense of what the government is not allowed to do.

The founders assumed that the individual states would put in place the franchises (right to vote) that worked best for each state. States were indeed discriminatory. Initially the franchise was only granted to white, property-owning men. This was then expanded to white free men (indentured servants were not allowed to vote). Eventually, white men. The 15th Amendment, passed after the Civil War, gave the right to vote to black men. Black women were still excluded as were white women. And, yes, states and local municipalities enacted all sorts of unconstitutional laws designed to prevent blacks from voting. Women got the right to vote with the 19th Amendment. The 1964 Voting Rights Act (filibustered by the DEMOCRATS – go look it up) among other things, removed state-level restrictions (literacy tests, grandfather clauses, poll tests) that prevented all citizens from exercising their right to vote.

I have argued that the amendments acknowledging the franchise for non-whites and women should not be necessary since the Constitution itself does not mention race or sex at all…but humans and power make specifically addressing some issues necessary.

What I want to talk about is the idea that somehow, the laws we currently have regarding voting are designed to suppress turnout and discourage otherwise eligible voters from voting.

Registration In the past, pre-electronic everything, in order to register to vote when you were of age, you went down to the post office, took a voter registration form, filled it out and sent it in along with copies of appropriate documentation (usually a copy of your birth certificate, a copy of your SSN, and some evidence that you indeed resided in your state) that supported your age, residence, and place of birth. Yes, you had to show that you were indeed a citizen and had reached the age of maturity or would reach it by the time of the next election.

At some point somebody in the Democratic party (yes, the idea came from them) in the name of making sure that everybody voted, decided that going to the post office was too demanding on people’s time and invented motor-voter where, upon getting or renewing your driver’s license, one could simultaneously register to vote. Nice, but still not sure how that helped the “poor and minorities” as was the stated reason. Post offices were and still are far more numerous and widely located than are DMV offices. Whatever. I’m all in favor of those who are eligible in age and citizenship status having more opportunities to register to vote. But it also means that people who are not citizens can more easily fraud the system and register to vote.

Voter ID This one is a doozy. The Democrats and their media allies loudly proclaim that requiring a voter to prove that they are indeed who they claim to be prior to voting is somehow discouraging people from voting. The stated claim is that poor people do not have IDs. Really? Are you seriously going to tell me that somebody who is collecting welfare, has been approved for subsidized housing, is eligible for all sorts of state and federal benefits, does not have a state government-issued ID verifying their claimed identity? Really? If that is your argument, then please explain to me how these people are qualifying for the government assistance you are so sure they’re receiving? And if they’re homeless, I KNOW there are agencies that assist in getting a valid ID. If you’re then going to move to well, they may be so drug addled as to not know how to get an ID…why on God’s green earth do you trust them to actually think and vote? Or were you planning on simply telling them how to vote? Because that’s somehow ethical of you? Or are you going to argue that the individual in question might have a false Social Security Number and therefore not want to expose themselves (yes, I’ve heard this argument). Um…yeah, I can see that BECAUSE USING A FALSE SOCIAL SECURITY NUMBER IS A FREAKING CRIME!

Secondly, one amazing phenomenon we’ve seen in this Age of Pandemic is that suddenly IDs and vax cards are required in some states to even show one’s face in the streets. How do these poor and minority folks get the IDs for that but cannot get ID to vote? Or do you no longer care about their well-being because it has nothing to do with voting for who you think they should vote for?

Mail-in voting This one is fun too. Oh, we need mail-in voting because everybody is too busy with their lives to spend time standing on line to vote for people and issues that will affect their lives. Really? You’re too busy to find the time to vote on the one day every two years and do your damn civic duty? You want all the privileges and none of the responsibility? But you have likely cheerfully rearranged your schedule so that you can spend hours on line waiting to get a Wuflu test or for a vaccine. Yeah, yeah, that affects your health. And the policies regarding health care, insurance, etc. that the people you want to represent you don’t affect your health? Please. Tell me more. And then tell me how mail-in voting can’t be tampered with.

Early voting This one goes along with mail in voting. You poor thing, you’re so busy you don’t have time to do your civic duty and go vote on the one day calendared well in advance. So, here, just vote whenever, I’m sure there won’t be any opportunities for the people you voted for to change their positions, or to hide something about your candidate (i.e. he has increasing dementia) or for something ugly to come out about them (true or not) or anything else that makes you go “Damn. I never should have voted for that scum.” That doesn’t worry you? Why not? If voting is so unimportant to you that you can’t figure out how to get to a polling place when you have TWO FREAKING YEARS of advance notice, you have other issues and I don’t know that I want you voting anyway…also, how is this not easily manipulated?

Felons voting Another good one. Oh, those poor criminals, they aren’t allowed to vote. Guess what? A criminal, by definition, is someone who has acted against the interests of society and is actively harming society. So, why do they get a chance to vote on policies and people affecting society? And, the decision as to when a convicted felons gets the right to vote back is up to the states. So, if you’re unhappy that felons can’t vote, take it up with your state legislature. Good luck with that. But, again, remember that they have already acted against society and now you’re giving them the power to act on society in a much broader fashion. Is that what you want? And, no, don’t give me single individual anecdotes as a counter-argument. That’s you committing an individualistic fallacy – assuming the actions of an individual apply to a group as a whole.

Non-citizens voting THIS IS FREAKING CRAZY. New York City just passed a law and the new mayor signed it allowing NON-CITIZENS to vote. I’m sorry…WHAT?? No other country that has even semi-democratic elections allows non-citizens to vote. NONE. Why you ask? Well, let’s see…they’re not citizens. Oh, and they’re not citizens. They have not in any way shape or form sworn to support the country (again, something every country requires of its citizens) so why are they allowed to have a say in how that country is governed? If it’s that important to them, why don’t they become citizens? If the process for becoming a citizen is unnecessarily complex and filled with contradictory red tape (as ours is), then perhaps energies should be directed toward fixing that system rather than allowing non-citizens to vote. Nah, there’s no possibility of fraud here. Not at all. Tammany Hall anybody?

Today’s homework is to provide solid evidence that removing mail-in and early voting, requiring ID, and preventing non-citizens from voting will act to disenfranchise (remove the vote from) poor and minority citizens. It’s due next week and I expect to see full citations. And read over your reports for grammar, please.