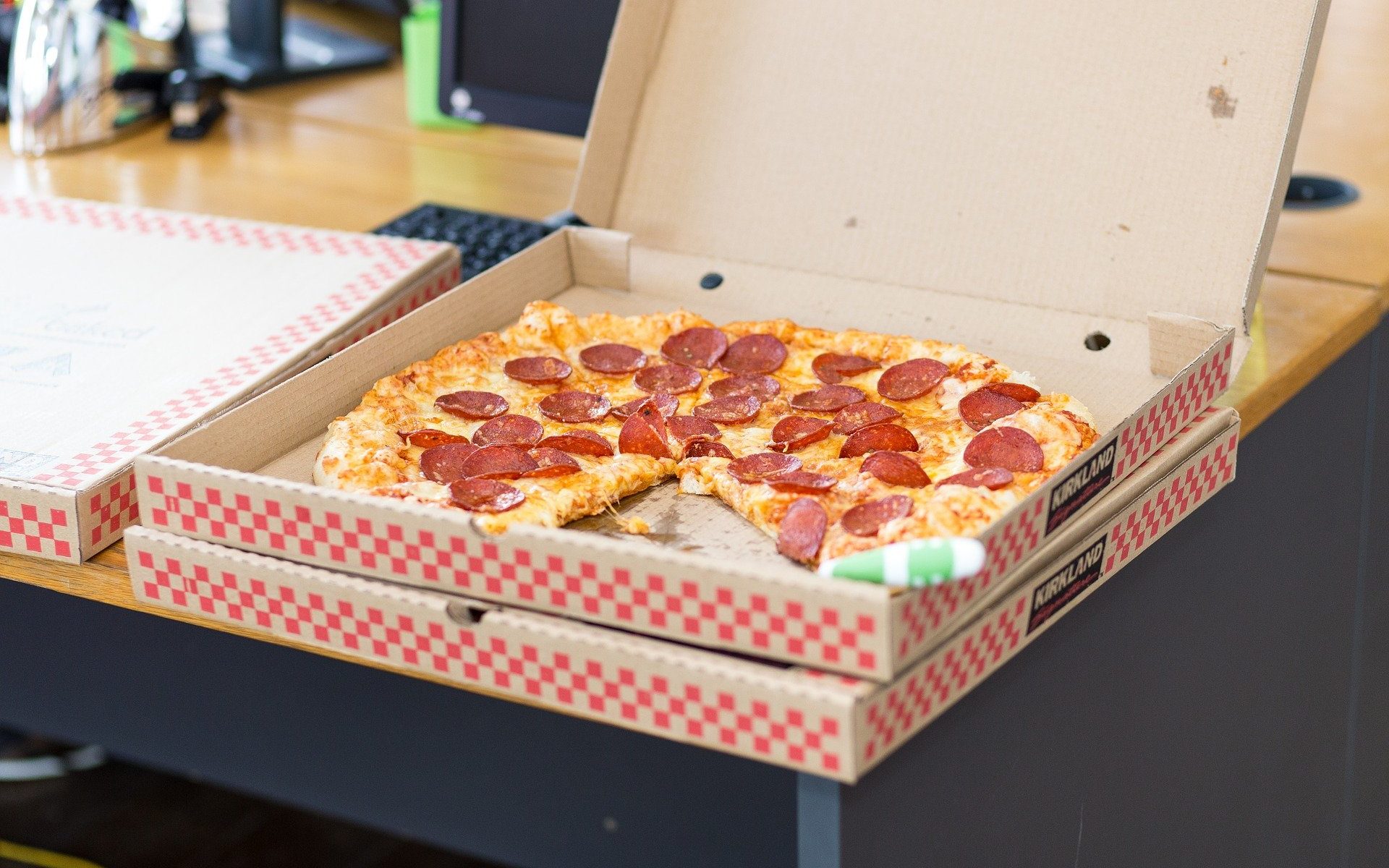 The debate over putting pineapple on pizza has been blamed for starting online flame wars, ending friendships, destroying marriages, and all sorts of other general mayhem. Full confession here: I like pineapple on pizza. There. I said it. I like it. I also like a number of other toppings, but I’m generally old school in my first choice. Pepperoni and mushrooms is my usual go-to for toppings. Bell peppers and onions are absolute no-gos for me. So, what happens when you open the pizza box to find something completely unexpected and absolutely unknown?

My prompt for this weeks More Odds Than Ends challenge came from Fiona Grey: It was the strangest pizza s/he had ever seen, and that didn’t include the pineapple abomination. This gave me all kinds of ideas! So, here ya go!

The rattle of keys in the front door announced Mark’s arrival. Kirsten glanced up from her computer in time to see him shoulder his way through the door, one hand balancing two pizza boxes while the other carried their toddler son and a bag of carry-out boxes that were probably salads and breadsticks, if she had to guess.

“Hi babe! Thanks for getting dinner!” Kirsten called out. She finished up her sentence, saved the document and put the laptop to sleep.

Kirsten stood up, stretched, and followed him into the kitchen. She grabbed Jamie from his father’s arms and gave him a big hug.

“Mommy! We got pi-zah!” he exclaimed.

“I can see that, buddy. Did you help Daddy with the toppings?”

“I did! It’s gawn be good!” Jamie grinned at her. He wiggled to be put down and Kirsten gave him a close look.

“Do I need to change his diaper?” she asked Mark.

“Yeah, probably.” He turned from putting everything on the counter. “I think I smelled something that wasn’t pizza on the way home.”

“Okay, little dude. Let’s get you cleaned up!” Kirsten smiled and reached down for a small hand.

“Okay, Mommy.” Jamie grabbed her hand and followed her down the hall.

Ten minutes later, attired in a fresh diaper, Jamie raced his mother back into the kitchen.

“Yep, pizza!” Mark caught the boy and swung him up into the highchair.

“Hang on buddy. We’re getting it.” Kirsten smiled as she pulled out plates and dropped a roll of paper towels on the table. “What did you get?” she asked Mark, pulling up the tops of the pizza boxes.

“Um, what?” Kirsten stared down at the pizza in the first box. It was covered in pineapple with what looked like small pieces of shrimp and something else that looked vaguely like calamari. “Honey? What is that?”

“I’m sorry, I know you think that pineapple on pizza is an abomination, but Jamie really, really wanted it. Um, the other stuff…the guy called it cthulumari…said it’s just like calamari, but bigger.” Mark glanced over at her.

“Okay. I can pick off the pineapple, I guess. That’s still pretty strange. What’s the other one? Or should I even ask?” Kirsten smiled at him.

“Um, well. That gets even stranger,” Mark grinned at her. “Guy promised it was really good too, so I decided we needed a food adventure.”

It was the strangest pizza she’d ever seen and to top it all off, there was even more of the pineapple abomination.

“Never mind! You get that one. I’ll have the cthulumari and pineapple one. Did Jamie pick out those toppings too?” She shoved the lid shut on the tentacles waving gently on top of the second pizza.

“Yep. Tonight’s dinner is brought to you by Master Jamie, pizza lover extraordinaire!” Mark laughed, pointing at the toddler in his highchair.

My prompt went to Leigh Kimmel. Go visit More Odds Than Ends to see what she did with it and while you’re there, pick up a spare and tickle your creative nerves!

Image by jamesoladujoye from Pixabay