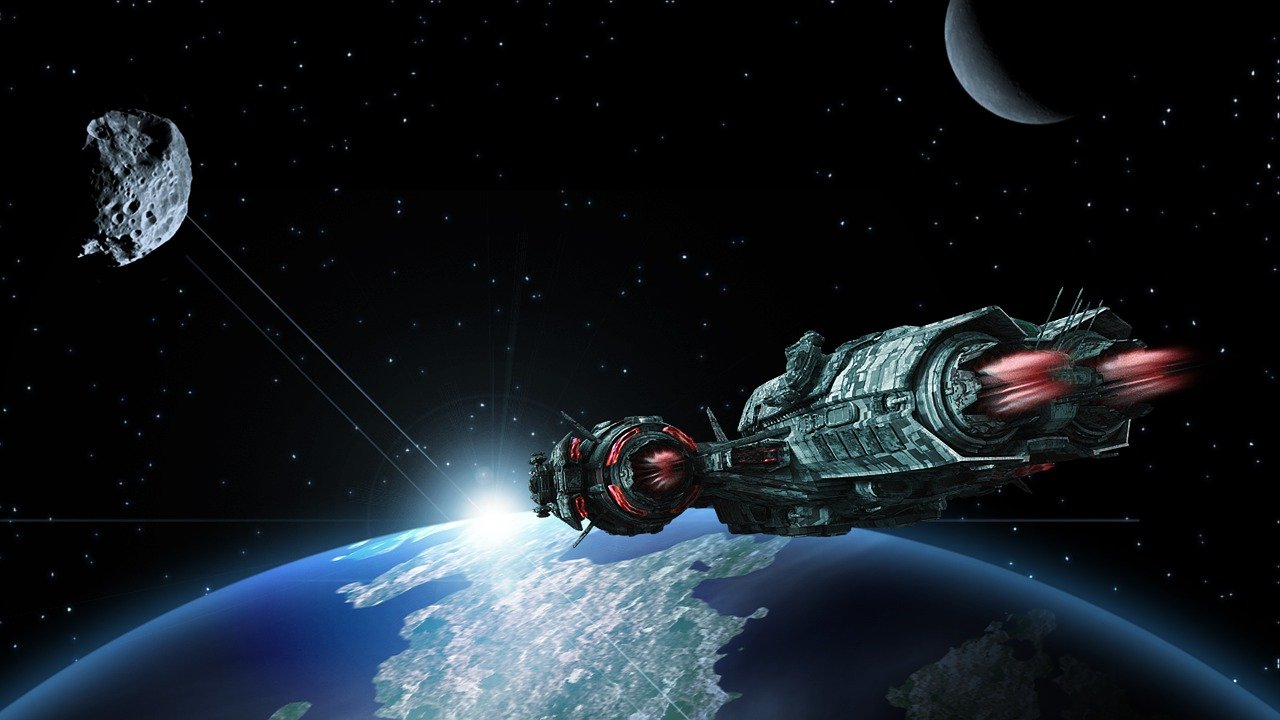 Okay. That’s enough sappy introspection. On to the prompt! My prompt this week came from AC Young: The terraforming on Pelagus VI hadn’t gone entirely to plan. When the winds came from the sea it always rained heavily in the morning. Last week my prompt put me back in touch with Jake and Serena as they prepared to leave a particularly frustrating research project on a planet with a single city, populated by an extremely friendly yet simultaneously reserved alien race. Well, it appears they got their research grant to go back.

The blue-green planet seemed to hang below the ship. Giant, puffy clouds gathered over the edge of one continent. Serena could hardly contain her excitement. Finally! After a year of politicking, convincing, data gathering, and research presentations, she and Jake were back on Pelagus VI.

She peered through the observation window trying to pick out the planets one and only city and its only inhabited area.

There. She caught a glimpse of gleaming metal under the clump of clouds that was growing on the edge of the largest continent. Even as Serena watched, the cloud formation became larger, obscuring even the small piece of the city she’d been able to pick out.

“Hey, Jake?” she turned to her husband and research partner.

“Did you…” Serena started.

“Yeah, how did you know?” Serena asked him.

“Well, you’d have to be blind not to see how those clouds are piling up over the city, and only over the city and a relatively small area surrounding it,” Jake answered.

“Okay. So what do you think is going on?” Serena shot back.

“I’m not sure, but that has the non-random look of a terraforming error,” Jake said.

“Terraforming? But that’s not a human colony,” Serena responded.

“As far as we know it’s not. But that cloud buildup just looks too uniform to me,” Jake said.

Serena returned to stare at the planet. Their ship had gone into a geosynchronous orbit in order to allow the academics time to gather data from a wider viewpoint than the city below provided. The captain would land when Jake and Serena, as leaders of the research group, asked him too.

Jake turned to the rest of the research team, almost all of whom were crowded into the viewing area. Fifteen people could take up a lot of space, Serena reflected.

“Okay, guys. Slight change in plans. We’re going to stay up here for a few more days. I want the meteorologists to find out everything about the weather patterns on Pelagus VI, and what you can’t find in the databases, get by observation. Historians, start digging. When was this planet ‘discovered’?” he made air quotes with his fingers. “Why did the discovery team assume the inhabitants were aliens and not human? All of that. Anthropologists,” he paused to smile at Serena, “start researching the impact of weather patterns on the development of culture and the spread of inhabitants.”

There were nods and excited conversations all around as the group dispersed to begin their assigned tasks. Serena smiled. It didn’t take much to excite researchers. A small, paradigm-bending puzzle would make their day. She included herself in that “excited by research puzzles” category. She headed off to the small cabin she and Jake used as an office.

“Well, the weather follows a non-standard, but consistent pattern. When there’s an onshore wind, coming from the sea, the city always experiences heavy morning rains. And, when I say heavy, I mean torrential downpour type rain,” Javion told him.

“And that’s almost a classic early terraforming error,” Chris, one of the others added. “Weather patterns that mimicked Old Earth were the hardest for the terraform engineers to get right at first. On most planets they were able to tweak the programs and fix the problems when they discovered them. That this one is still occurring suggests that this planet was originally terraformed by humans.”

Serena stared at the trio. “So the almost-but-not-quite-human appearance of the inhabitants means that…”

“They are likely descended from original Old Earth colonists, yeah. But the historians will probably be able to tell us more,” Isabella, the third member of the group, said.

The five researchers stared at each other. Serena felt her excitement levels rise. A possible lost human colony and they’d found it!

If you’d like to join in the fun and creativity of the prompt challenge, head on over to More Odds Than Ends and pick up a spare or take one of the others. There are no rules and lots of possibilities. My prompt, The cat was twitching and snoring quietly, while the fairies clustered around it made a full circle and went to AC Young. Go and see what he did with that.

Image by PixxlTeufel from Pixabay