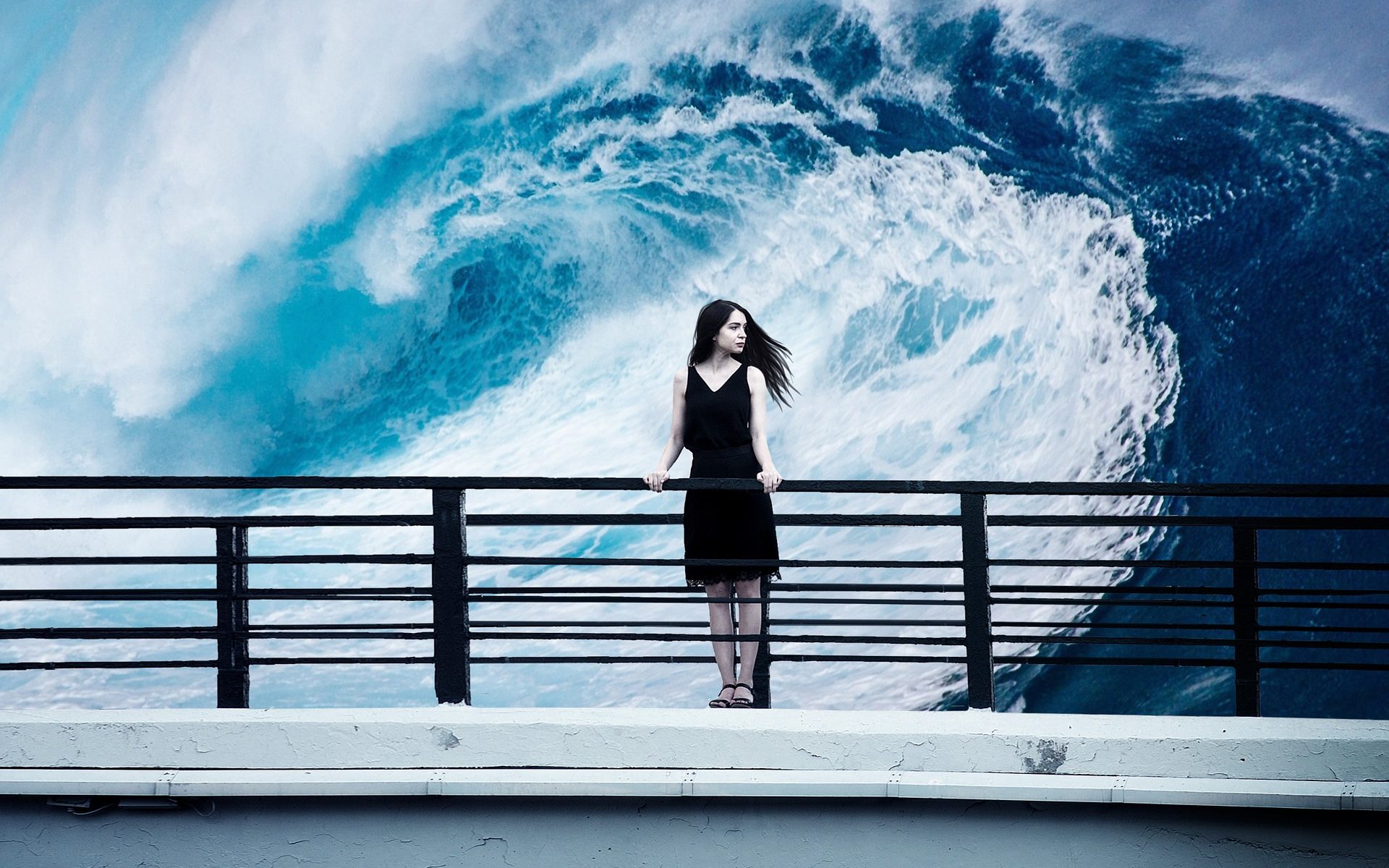 I figured this was appropriate as I just released Book 2, Night Mage on Saturday. Whoo-hoo! It’s fascinating how energized I feel after releasing a book. I was exhausted on Saturday afternoon, and Mike took me out to lunch and I just sat and watched the ducks and geese on the river. I spent Sunday afternoon putting together the paperback version of Academic Magic so that should be available soon. In the meantime, I hope you enjoy this sneak peek at Magic Abroad.

It was a warm summer day – well, as warm as the west coast of Ireland ever got – and the waves crashing into the beach were long and smooth. That combination of conditions meant that the water was full of surfers. Zoe was bemused by the idea of surfers in Ireland. It was a sport she associated with California or Hawaii. But there were at least a couple dozen surfers in the water, catching waves. Lahinch even had a surf shop she’d discovered.

Zoe shifted her gaze to the glowing yellow/orange ball of the setting sun. It was just after ten o’clock at night and the sun was finally beginning to set. The pub, on whose patio she sat, was filling up as people came in before closing to grab a last pint for the night.

“Excuse me, miss. Would yeh like another pint?” the quiet brogue interrupted her musings.

“Oh, yes. Please. Thank you,” Zoe answered the woman. “Do I have to finish it before eleven?” she asked.

“No, yeh don’t. Just have it in hand and yeh can sit here as long as yeh like,” the woman smiled at her.

The woman returned with the beer a few minutes later, Zoe paid her for it, and returned to gazing out at the ocean. Lahinch was a bustling tourist town in the middle of summer. Between the world-famous golf course, hiking on the Burren, and the Cliffs of Moher nearby, it was ideally situated as a central point for visitors. It was also the home of some of the many myths and stories about the Burren and County Clare and that was why Zoe was there. The beach was just a bonus. At least that’s what she kept telling herself.

As the sun finally set and people started leaving, Zoe decided she should get back to her bed and breakfast. She was supposed to spend the next day interviewing some of the locals and collecting more myths and fairy tales for her research. A good night’s sleep would help with that.

She took her empty glass back into the pub, said good night to the bartender, and started home.

A long, deep roar of thunder made her jump and turn around to stare at the beach. Another long roll of thunder accompanied a dark shape that seemed to rise out of the ocean and moved toward the shore. Screams and shouts echoed up from the beach and Zoe could see people running and scrambling up to the car park.

Against her better judgement, Zoe turned and ran back toward the beach and the car park. A frisson of fear skittered down her spine as the dark shape resolved itself into something vaguely human and monstrous looking. What am I doing? I need to get the hell out of here!

The creature waded out of the ocean and onto the beach. A clawed hand, with far too many fingers, reached down and plucked something off the beach. She realized it had one of the surfers, board and all, in its grip. Before she even thought to send a fireball or tornado at the creature, it ripped the man in half. A piercing scream was suddenly cut off. The claws opened and Zoe could see something – she really didn’t want to think about what – fall to the sand.

Zoe forcibly stamped down on her fear and doubled her speed back toward the beach. She launched a fireball directly at the creature. It must have hurt when it hit, because with an insanely loud roar, the creature’s attention immediately focused on her.

Oh, shit. The frisson fear she’d felt a minute ago turned into a full tidal wave of fear and panic. She started wringing her hands. That was totally stupid! Why’d you do that?! Run, you moron!

Taking a deep breath and pulling her twisting hands apart, she switched to her magesight and stared at the giant thing standing on the beach. It was surrounded by a red glow. That was not a good sign.

“Lassie, what the hell are yeh doin’?” The voice came from behind her. Zoe didn’t dare look around for the source.

“Trying to stop the damned thing, or at least slow it down enough to give people a chance to get away,” she snarled.

“Aye, ‘tis a damned thing at that. Tis Morc, one of the ancient leaders of the Fomor.” Ronan Ward, the proprietor of her bed and breakfast moved to her side. “I dinna know you were a mage,” he added.

“Elemental,” Zoe said shortly, gritting her teeth and throwing another fireball followed by a massive blast of Air.

The creature – Morc, according to Ronan – roared again and staggered back a few steps in the face of her blast of Air.

“A little help might be nice,” Zoe spared a glance to her left where Ronan was standing staring at the giant Fomor.

“I’m no mage,” he said apologetically. “I have the Sight from me mum, but that’s it.”

“Okay,” Zoe sighed watching Morc climb up the beach. “Do you have any information that might help me fight this thing…Morc?”

“Aye, that I do, and you’ve already started with it. Fire. Lots and lots of fire. Might not stop him altogether but should drive him back.”

“Got it,” Zoe ground out, fighting panic.

She pulled power from her connections with Air, Water, and Earth, and funneled that into her connection with Fire. As she watched Morc climbing over the rocks into the car park, she noticed that there were a couple of small dark holes in the glowing red aura that seemed to cover him. Ronan was right, her Fire could hurt him.

Zoe narrowed her eyes and focused on one of the dark holes and aimed her next fireball directly at it. Bullseye! The dark spot grew larger.

The roar that followed was, if possible, even louder.

Zoe willed herself to stand still.

“Everybody is off the beach,” Ronan said quietly from beside her. “Do what you can.”

Zoe took a deep breath and nodded. She dug deep into her reserves and called on almost every scrap of power she had within her. The fireball that appeared in her hands was bigger than her head.

She launched the huge fireball. With her last bit of energy she guided it toward the large hole she’d created with the previous fireball.

Flames crawled up the creature’s body as it howled with pain and beat at its chest in a vain attempt to extinguish the fire. Zoe managed to create one more, smaller fireball and tossed it after the previous one just for good measure.

Still howling and beating at the flames that now engulfed him, Morc staggered back. He turned and fled back into the ocean.

Zoe felt ready to collapse but willed herself to stay on her feet until Morc’s head disappeared beneath the waves.

She started to sag but Ronan grabbed her around the waist and held her up before she could fall to the ground.

“I-is it going to come back?” Zoe hated that her voice squeaked and betrayed her panic.

“No, lassie. I dinna know if he’s dead or not, but he’s not comin’ back here. The Sight tells me that much,” Ronan reassured her. He held on to her arm as they slowly made their way back to the bed and breakfast.

Want to get in on the fun of prompt challenges? Head on over to More Odds Than Ends and pick up a spare, or send in one of your own and get one in return. It’s easy, it’s fun, and there’s no obligation. You can see what Cedar Sanderson did with my prompt: The concrete cowboys were always a sight to behold.

2 Replies to “Magic Abroad: A Snippet”