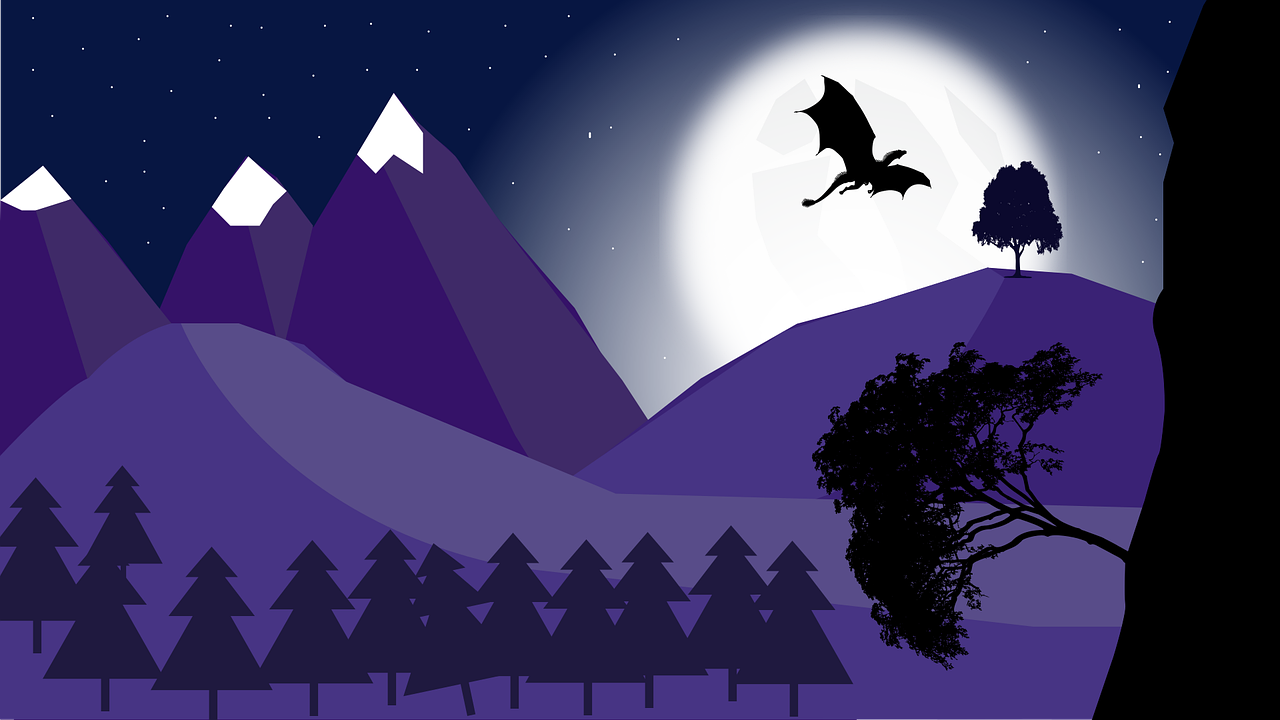 This last week went by very quickly. Not sure if it was the travel we did for the Memorial Day weekend or what. At any rate, I spent three days away from the internet and that’s a very good thing. But now I’m back and I present here my prompt response for Week 21 of the More Odds Than Ends weekly challenge. My prompt came from AC Young: “Someone’s been practicing their spells in the woods again. The bluebells are all red.” I thought it would make a good addition to Utindri’s story after she managed to leave her homicidally inclined mother with the huckleberry-hemlock jam.

These prompts are really fueling my creative juices. Now, if I can just come up with an entire story…

Utindri slogged through the mud and slush along the forest’s edge. At least it had stopped raining. It had been several days since she’d left her village and started walking east. She had been able to find water in small streams along the way, but she was getting low on food supplies. She would have to figure something out very soon.

The rush of birds taking sudden flight out of the trees made her jump back into the shadows of those same trees. She scrambled through the underbrush and pressed herself against a large oak. She stood very still trusting that the deep shadows and width of the tree would hide her from prying eyes. Sure enough, the unmistakable sound of dragon wings came from overhead. Utindri had heard that sound her entire life. The dragons couldn’t be looking for her. They wouldn’t care about one human female leaving a village, even if it was a village in their domain. Nevertheless, she was taking no chances.

“You’d best come further into the woods girl, if you want to avoid notice,” a man’s voice behind her said.

Utindri whirled around forgetting for the moment about the dragons overhead. A few feet further into the woods stood a man dressed in brown leather pants and tunic. A bag hung across his body, and he carried a thick quarterstaff.

“Move back here if you don’t want them to notice you,” the man repeated.

Utindri hesitated, but the sound of more dragons made the decision easier. She quickly moved toward the man, and once more put a tree at her back.

“Wha…” she started. The man held up a hand. His head was slightly cocked to one side.

Utindri froze in place and listened as well. The sound of dragon wings faded away to the east. Utindri was relieved, but worried as well. She knew that there were more human areas to the east, which is why she was headed that way. But if the dragons were headed there too…she shook her head. She had no idea where the dragons were going. There was no point in borrowing trouble now. There would probably be plenty to come.

As the sound died away, Utindri stole a glance at the man standing stock still next to her. He finally relaxed infinitesimally and turned to look at her.

“I’m Ahlgren. Who are you and where are you going, girl?” His voice was pleasant, but his eyes were hard. Up close she noticed that he also carried a bow and quiver on his back. The brown leathers he wore blended in with the shadows and trees around them.

“I’m Utindri. I left my village in Dracocarraig and I’m heading east,” Utindri told him.

“Dracocarraig…” Ahlgren said softly. He closed his eyes for a moment. “You’d best come with me then.”

Utindri stared at him and took a better grip on the branch she’d been using as a walking stick.

“Ah girl. I’m not after your virtue, whatever that may be. You left the village. If somebody told the wing or saw you, they will be looking for you,” Ahlgren said.

“For me? Why? I’m nobody. The most I’ve ever done is help Mother in jam season,” Utindri protested.

Ahlgren started walking deeper into the forest. He waved a hand at her indicating she should follow him. Utindri trotted to catch up.

“Why would the dragon wing be looking for me?” she repeated her question.

“Because you left,” Ahlgren answered. “They don’t like it when humans leave Dracocarraig. You should know that.”

“Well, yes, but I always thought that was others…” Utindri trailed off.

“Which others?” Ahlgren asked glancing back with a small smile. He was following a barely visible trail.

“I mean…I thought…” Utindri realized that she didn’t know what she meant. Who did she think the dragons hunted? She half-ran to keep up with Ahlgren’s long strides.

Utindri was silent for the next few minutes. She was trying to think through the implications of what Ahlgren had told her in addition to saving her breath for keeping up with the man. She kept her head down and concentrated on avoiding falling on her face.

An unexpected and sudden flash of color to the right caught her eye.

“Wha-what are those?” she panted pointing to a small patch of brilliant red flowers.

Ahlgren paused and glance at the spot she indicated. He sighed heavily.

“Someone’s been practicing their spells out here in the woods again.”

“What do you mean? How do you know that from a patch of flowers?” Utindri asked in amazement.

“The bluebells are all red. Those were bluebells,” Ahlgren replied. “I’ll have to speak with Calarel about it.” He started walking again.

“Who’s…” Utindri tried to ask, but then she had to half run so she didn’t lose Ahlgren in the shadowy forest. She trotted in his wake wondering how much longer she would have to run, and if she could run much longer.

As always, you can mosey on over to More Odds Than Ends and either join in the challenge fun or just pick up a spare prompt.

Image by Jubayer Abdullah from Pixabay